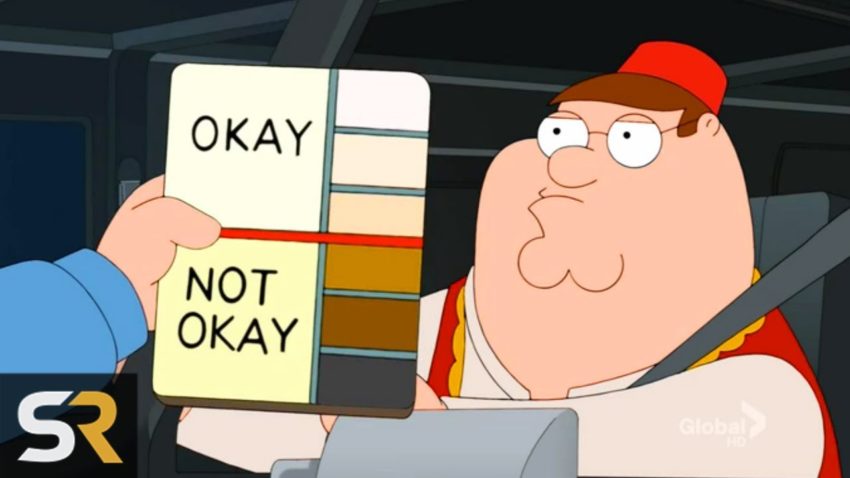 Do you think that Family Guy pushed the boundaries too far?Subscribe to our channel:

Nothing is safe in the world of Family Guy. The show has pushed boundaries and limits over the years, looking to offend anyone and everyone with their content. Along with all types of celebrities and adult jokes, Family Guy has touched on racism numerous times. Look back at these moments and the way has shaped them into messages about society and the show in general.

In an episode where Peter’s son decides an African-American woman, he decides to dress up like a ghost and appears as a member of the KKK. The Turban Cowboy episode takes on terrorism with a number of stereotypes and some blatantly racist moments. Through the years and through various cut scenes, Family Guy has showcased a number of offensive Asian jokes and gags. In one episode, Brian decides to go on a date with a black girl and things just get really awkward when it comes to Brian’s confusion and race relation. The whole episode entitled “Road to India” is filled with all kinds of racist and stereotypical moments. Native Americans have also been the target of several racist jokes including their nicknames, the way they talk, and the casinos they own. Family Guy tries to get away with some racist jokes by using animals, and specifically Kermit the Frog among others. Police and racism has been shown on the show numerous times, especially with the character Cleveland. Then there’s the classic episode where Peter finds out he had a black relative. Watch to see all of these racist moments unfold!

Check out these other awesome videos!

10 Dark Theories About Marge Simpson That Ruin Everything

10 Theories About Nickelodeon Shows That Will Ruin Your Childhood