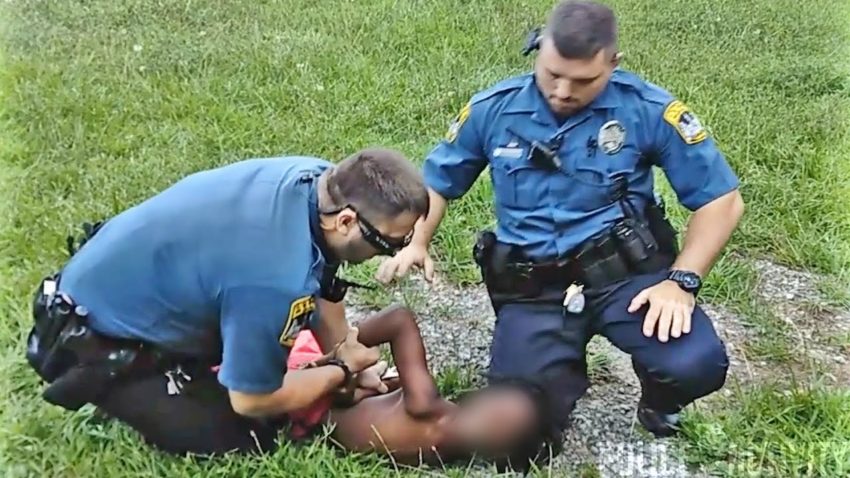 ** (Disclaimer: This video content is intended for educational and informational purposes only) **
After a video of two officers restraining a 10-year-old boy in Athens went viral over the weekend, police explained the circumstances of the incident Monday afternoon and released body camera footage. The incident happened Friday as officers responded to a domestic violence call in the 300 block of Sartain Drive. After a man, identified in the police report as Jawoski Mandell Collins, was placed in custody, “the suspect’s 10-year-old child became extremely emotionally distraught,” Athens-Clarke County police spokesman Epifanio Rodriguez said in a statement. As an officer walked the suspect to his patrol car, the child attempted to block his path and had to be removed and restrained by adult family members, police said. “As the suspect was being placed in the back of the patrol car, the video clearly shows the child run past family members and again ran towards our officer and lunged at one of the officers,” Rodriguez said. “Our officer caught the child in midair and the momentum of the child launching himself caused the both of them to land on the patrol car.” The child continued with the outburst, at which time the officer placed him on the ground, according to the statement. The officer told the child he was not under arrest and that he would let him up if he would remain calm.

The officer allowed the child to get up when he felt he had calmed down, police said. The video shows that both officers held the boy down at one point and had a pair of handcuffs out. However, the boy was never handcuffed. “Our officer began to console the child and helped him to understand what was happening to his father,” Rodriguez said. “The child asked to speak with his father and was allowed to do so by our officers.” The video was posted by a woman who said she was a relative of the boy. In the domestic violence call, officers arrested Collins on charges of aggravated assault and false imprisonment, according to the incident report. The woman who contacted authorities said she went to see Collins to borrow money, police said. When he asked her to spend some time with him, she said she needed to go back to her children. Police said he then became upset and placed her in what she said was a choke hold. Police Chief Scott Freeman ordered an internal investigation, but the officers were not placed on administrative leave. The body cam video was reviewed before release by the county attorney because it involved a juvenile, police said.