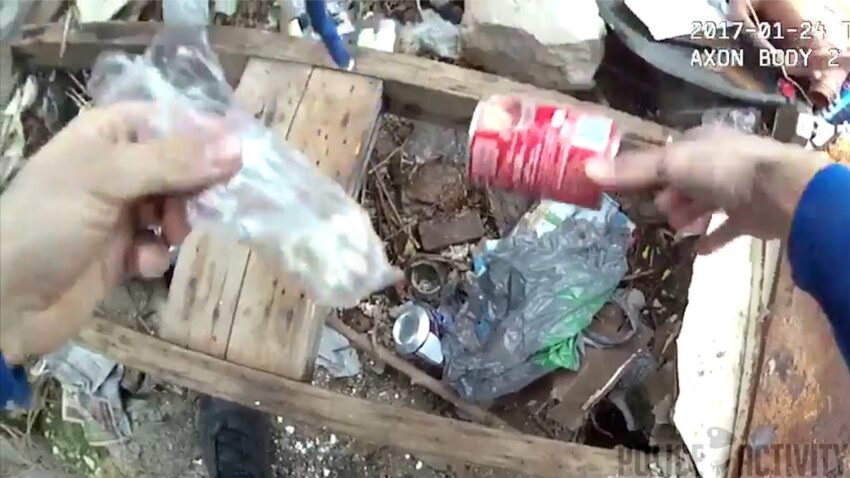 ** (Disclaimer: This video content is intended for educational and informational purposes only) **
Baltimore police and prosecutors have launched investigations after being alerted to body camera footage that the public defender’s office says shows an officer planting drugs. The footage is from a January drug arrest. It shows an officer placing a soup can, which holds a plastic bag, into a trash strewn lot. The officer can then be seen walking to the street, where he flips on his body camera. “I’m gonna go check here,” the officer says. He returns to the lot and picks up the soup can, removing a plastic bag filled with white capsules. Police cameras have a feature that saves the 30 seconds of video prior to activation, but without audio. When the officer is first in the alley, there is no audio until 30 seconds later. “We take allegations like this very seriously and that’s why we launched an internal investigation into the accusations,” said Police Department spokesman T.J. Smith. “We are fortunate to have body worn cameras which provide a perspective of the event.”

The public defender’s office flagged the video recently, prompting prosecutors to drop charges against the man arrested and charged for the drugs. He had been in jail since January on a $50,000 bail he was unable to pay, according to attorney Deborah Levi, who is leading a new effort to track police misconduct cases for the public defender’s office. Levi said prosecutors just days later called the officer as a witness in another case, without disclosing the allegations to the defense attorney in that case. “You can’t try a case with that guy and not tell anyone about it,” Levi said. Melba Saunders, a spokeswoman for the Baltimore State’s Attorney’s Office, said prosecutors are looking into the video, which she called “troubling.” Saunders said the prosecutor on the case “took immediate and appropriate actions by dropping the case and alerting his supervisor.” “Currently this case is under investigation and has been referred to internal affairs of the Baltimore Police Department,” Saunders said.