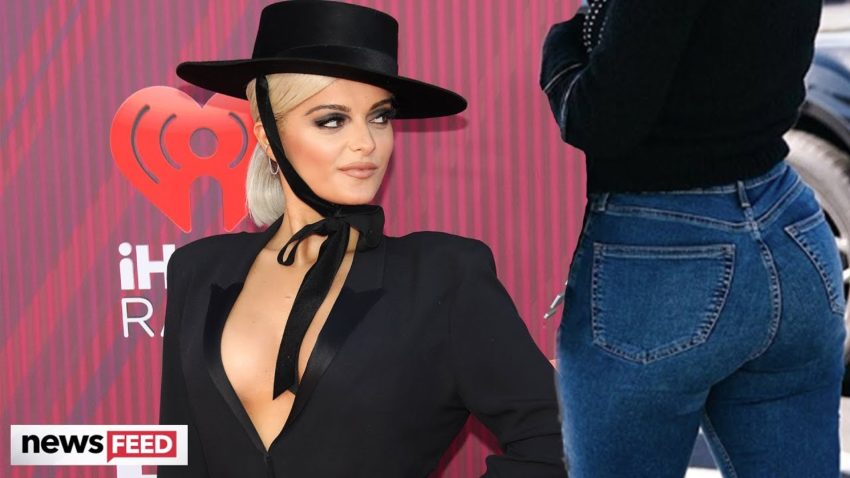 While people are speculating over whether or not Bebe Rexha’s curves are real, she is setting the record straight once and for all.

What’s up guys? It’s Sussan Mourad here with Clevver News and we’re getting to the bottom [literally] of whether or not Bebe’s had butt implants put in.

Many fans have speculated that she’s gone under the knife to get her BA-DONK-A DONK done… very much like the Karjenner women have!

Ok so not only has Bebe not had plastic surgery, but she says she’s actually afraid of going under the knife.
Bebe opened up to Health Magazine, saying she thinks plastic surgery rumors about her getting her butt done are funny, but she hasn’t actually gotten any work done.

OMG no joke, I also have a deviated septum and have been terrified to get it fixed for years! I hear you BeBe.

While Bebe may not be ready for plastic surgery now, she’s not ruling it out for the future. Bebe assured her fans that they will be the first to know if she gets ANY plastic surgery.

She said QUOTE: “If I got work done, I would definitely say it. I definitely want to get my boobs lifted one day. If it makes me feel better and sexy? I’m like, do whatever you want.”

You do you boo, you do you.

The singer is known for her body positivity and refreshing honesty about her struggles with self-love.
Remember that one time when she slammed those fashion designers who refused to dress her size-8 frame?

[Yaaas Bebe say it again louder for the people in the back!]

So, here’s to Bebe for loving herself unconditionally, we could all take a note out of her book.
And let’s be honest, we’re more excited about some new music from Bebe than whether or not her butt is real. Am I right?

Alright now we want to hear from you. Are you afraid of getting plastic surgery? And would you ever go as far as getting your butt done?
Let us know all your thoughts in the comment section below and hit me up on Instagram, Twitter and YouTube @Sussan_Mourad. After that click right over here to watch another new video and don’t forget to subscribe to our channel and click that bell to get notified whenever we post. Thanks for watching and I’ll see you next time.