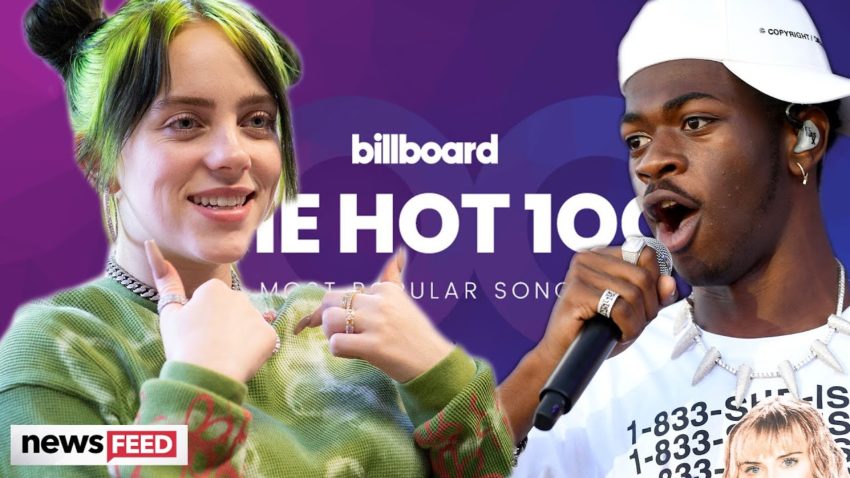 Billie Eilish looks great in a crown, and now she has even more reason to wear one

What’s up guys it’s Sussan Mourad here with Clevver News and with all of the new music we’ve gotten this summer, Lil Nas X’s “Old Town Road” has dominated the number 1 spot of the Billboard Hot 100 Chart.

He broke the record for having the longest charting #1 song in the history of Billboard.

But now all that’s changed.

And despite Taylor releasing 4 singles since he went number 1

And a whole damn Beyonce album

But don’t worry – he’s not mad about it.

He went on Twitter to congratulate Billie, saying “congratulations to Billie Eilish. You deserve this”

And you know what? Duh, she absolutely does.

AND she’s only the fourth female artist to top the chart this year – including Ariana Grande, Halsey, and Lady Gaga.

So a MASSIVE congratulations to Billie Eilish. I’m excited to see what she does from here!
What do you guys think? Are you just as much of a Billie fan as I am? And are you super happy to see her reach the number 1 spot? Let me know in the comment section below and why not drop Billie a congratulations while you’re there.

Also number 1, is basically one of my favourite numbers because when you use your finger to make a number 1, well you can basically do so many things with it like, hitting the subscribe button- CHECK. Hitting the bell – CHECK again. And catching up on all the latest news – CHECK AGAIN. I’m not going to tell you yo hut the like, but if you want to, I won’t be mad. Duh.
I’m Sussan Mourad and I’ll catch ya later, bye!