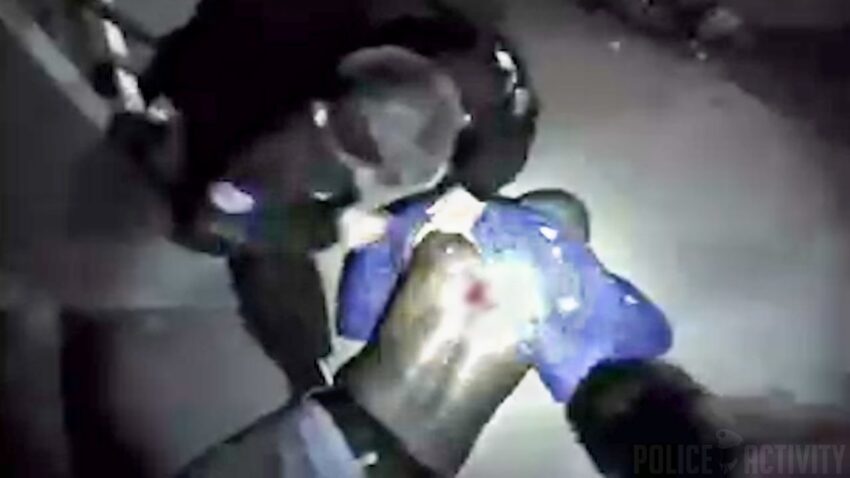 ** (Disclaimer: This video content is intended for educational and informational purposes only) **
Exclusive bodycam footage shows the moment when a Laurel police officer shoots an unarmed suspect in the back while responding to a burglary call last April. In the dramatic video, a group of officers is seen hunting for a suspect. Rashawn Curbeam, now 20, is brought down by a taser and then the officers proceed to surround a building. One of the officers shined his gun mounted light at a door and then fires the gun is his left hand into Curbeam’s back. Immediately, the officers render aid to the wounded man. The officer, whose name has not been released, later explained that he did not intend to shoot Curbeam — he says he unintentionally pulled the trigger when startled.

On Tuesday, a grand jury in Prince George’s County cleared the officer of criminal wrongdoing. Curbeam survived the shooting, but now his attorney says he is being dealt an injustice. “I see it as an unjustified shooting,” Attorney Patrick Preller said. “A justifed shooting is where you have a suspect that’s causing an immediate risk of danger to the officer, but if you look at the video, that’s not what happened.” John Erzen, a spokesman for the Prince George’s State’s Attorney Angela Alsobrooks, says Curbeam will go on trial next week for the crimes he allegedly committed during the night he was shot. “Our goal here is to hold the defendant accountable for his actions,” said Erzen.