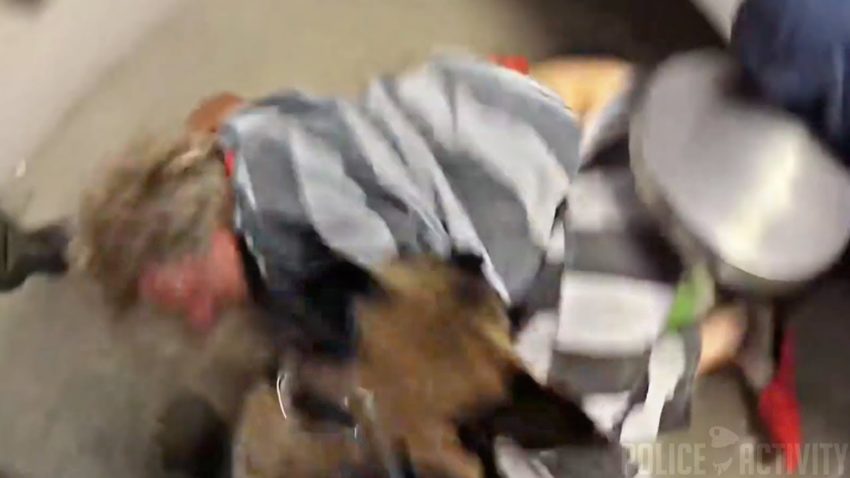 ** (Disclaimer: Video posted strictly for educational and information purposes only) **
An Oregon sheriff claims that dramatic body camera video showing deputies siccing a K9 deputy on an inmate with a suspected history of mental illness was a justifiable use of force. “We do not relish having to resort to force,” Columbia County Sheriff Jeff Dickerson told the Columbia County Spotlight via email. “We do what we can to minimize the length and intensity of these confrontations to protect the staff AND the inmates from severe injury.” In August, a Belgian malinois K9 deputy named Lars was sicced on an inmate by his handler, Deputy Ryan Dews. “Incident reports indicate Christopher Bartlett, an inmate who had been combative with deputies and may have a history of mental illness, needed to be moved to a different pod in the jail,” the Columbia County Spotlight reported. “Dickerson says the August incident with Bartlett, who resisted and was documented to be combative, was reviewed and deemed a justifiable use of force. In fact, Dickerson says, it went exactly as it should have, with Lars seizing the inmate, and the inmate being removed ‘without serious injury.’” The video shows the K9 leaping to bite the inmate’s arm, pulling him to the ground. The dog can be seen shaking its head back and forth while clenching the man’s arm. Approximately 20 seconds pass before the dog releases its grip on the inmate. The video then shows the handler heaping praise on the dog for attacking the inmate