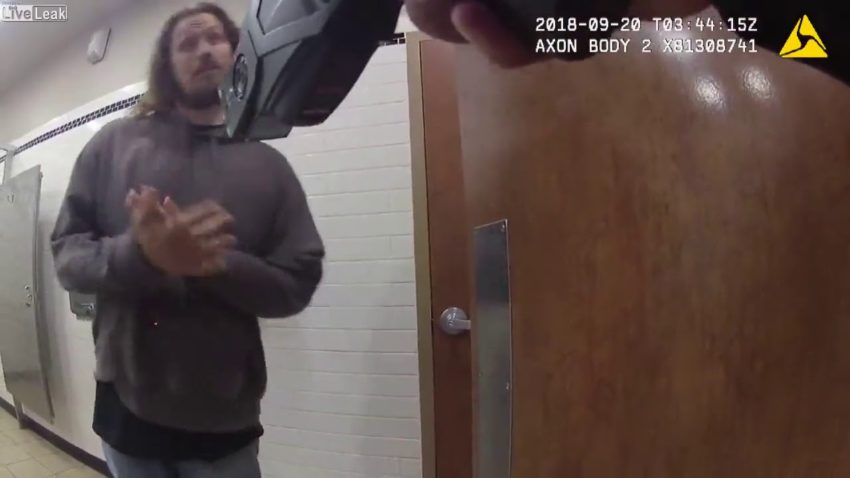 Eagle Point, OR– Body camera video of an officer-involved shooting that occurred last month in Eagle Point has been publicly released.

The shooting happened on September 19, 2018, at a Carl’s Jr. restaurant on Linn Road near Highway 62.

According to police, one EPD officer was trying to contact a suspect, Matthew Thayer Graves, after he was seen crossing the road against the light.

Prosecutors said the officer intented to talk to Graves about his alleged “failure to yield to a traffic control device.” However, Graves kept walking. The two eventually ended up in the restaurant’s restroom.

The officer confronted Graves, eventually drawing his TASER after Graved didn’t comply with his commands. A second officer arrived to help, however, Graves continued to resist. That’s when the three reportedly went to the ground and two shots were fired by one of the officers, who said he thought Graves had a gun.

Police say when it was all over, one officer suffered minor injuries. Graves, however, died.

The two officers were placed on administrative leave, which is typical in these types of cases.

Darin May, Eagle Point’s chief of police, said it’s the first time in his twenty years that there’s been an officer-involved shooting in the city.

On October 24, 2018, the Jackson County District Attorney’s Office said the officer who fired the fatal shots had been cleared of any wrong-doing and both officers acted within the scope of their duties. They will not face charges in connection with the death of Graves.