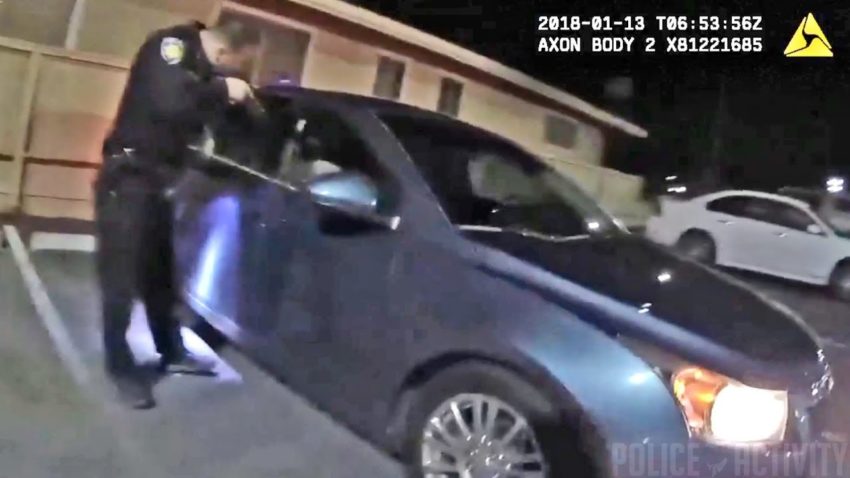 ** (Disclaimer: This video content is intended for educational and informational purposes only) **
Body camera video has been released of a deadly Pittsburg police shooting in January, police said on Friday. The police shooting happened on Jan. 12 near the Nations restaurant on Railroad Avenue after someone reported a suspicious car. The witness said they saw a man sitting inside his car appearing to be taking part in a drug deal. When officers arrived, they said two officers walked toward the car, saw the man, and saw a gun in the center console. That’s when they took out their service guns and demanded the suspect, identified as 45-year-old Terry Amons Jr., place his hands up. “Initially, Mr. Amons did as he was instructed and placed his hands on the steering wheel and in view. One of the officers opened the driver’s side door and continued to instruct Mr. Amons to keep his hands up and on the steering wheel. However, Mr. Amons then dropped his right arm away from the steering wheel in what appeared to the officers to be an apparent attempt to retrieve the handgun from the center console area,” police said in a press release. “At that point, one of the officers (on the driver’s side) fired his service weapon at Mr. Amons due to the apparent deadly threat posed by Mr. Amons reaching towards the gun contrary to the commands by officers. After several gunshots, Mr. Amons then exited the car per officer’s commands. Officers secured Mr. Amons and then administered first aid until an ambulance arrived,” police added. Amons died at the hospital. Police say the suspect’s gun was a loaded, six-shot revolver and was not registered.