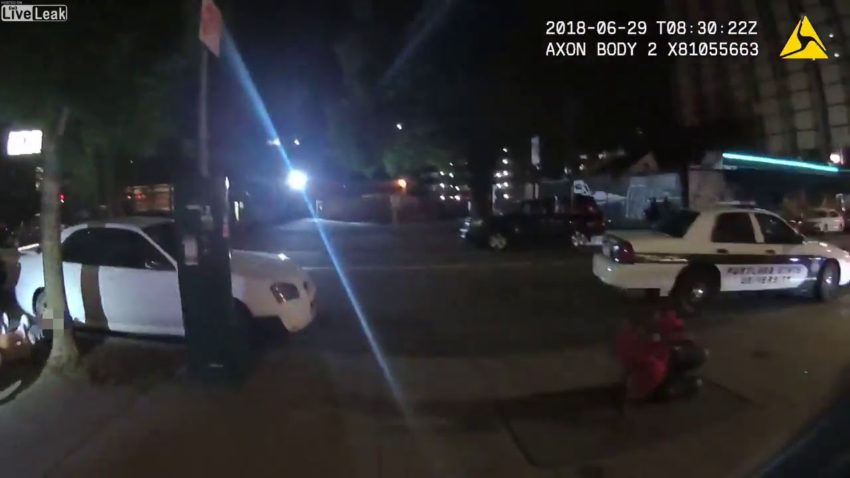 This is unedited of the shooting of Jason Washington. The was provided by Portland State University and shows the incident from the perspective of Officer James Dewey. A grand jury found that both Dewey and Officer Shawn McKenzie were justified in firing their weapons.

Washington, 45-year-old African American Navy veteran, was shot outside an off-campus bar in the early hours of July 29 after trying to break up a fight, according to bystanders. While attempting to intervene, Washington’s personal handgun allegedly fell out of his belt holster onto the sidewalk. When a pair of PSU officers saw Washington reach down to retrieve his weapon, they shot him. Washington died on the scene.

The grand jury decision, called a “not true bill,” means jurors believe both Officer James Dewey and Officer Shawn McKenzie acted lawfully “in self-defense and/or defense of a third person,” by shooting Washington.

Washington is the first person to die at the hands of a PSU police officer since campus officers began carrying firearms in 2015. His death sparked protest among many in the PSU community—both students and faculty—who had long fought the university’s decision to arm its police force.