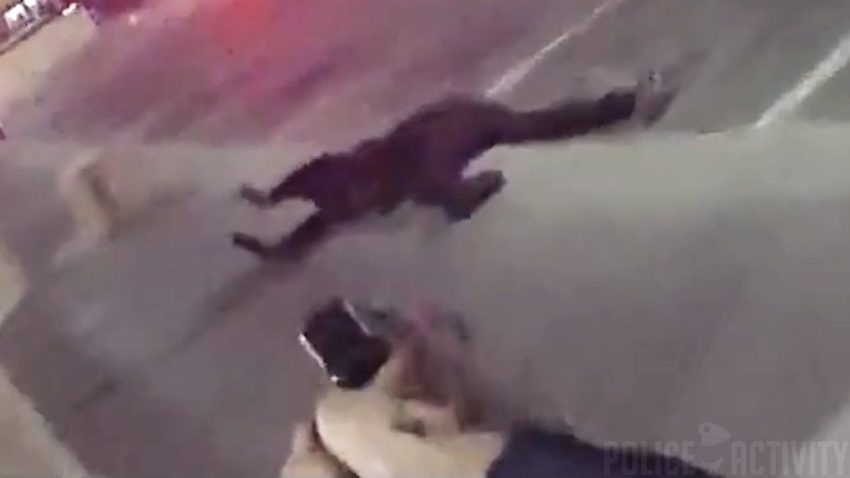 ** (Disclaimer: Video posted strictly for educational and information purposes only) **
Louisville Metro police are investigating an officer-involved shooting at a Family Dollar store at 13th and Broadway streets. The shooting happened around 8:45 p.m. Wednesday. Officers were responding to a robbery call. Police said the suspect stole money from the store and fired multiple shots inside the store. When officers arrived, Dominque Hardiman, 24, came out at the back of the store with a handgun and refused to drop it. Officer Michael Roberson fired a round and shot Hardiman in the leg. Hardiman was taken to University Hospital with non-life-threatening injuries. He was later taken to Metro Corrections on charges of robbery and wanton endangerment. Police Chief Steve Conrad said the investigation is ongoing, but police released video from one body camera. Conrad noted the limitations of a body camera, because it is attached to an officer. No one inside the store was injured. LMPD’s Public Integrity Unit is investigating. Roberson, who has been with the Louisville Metro Police Department since 2005, is on administrative leave pending the outcome of the investigation.