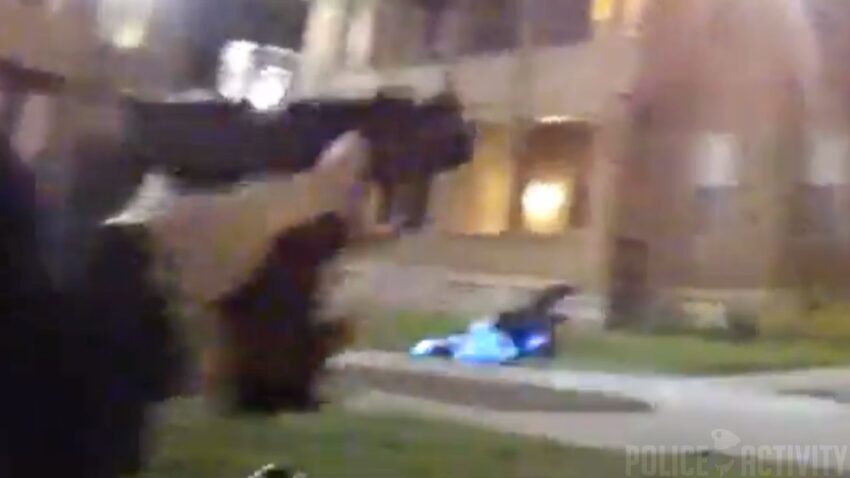 ** (Disclaimer: Video posted strictly for educational and information purposes only) **
Two officers who exchanged gunfire with a man earlier this month outside a Walnut Hills apartment complex have been cleared of any charges, Hamilton County Prosecutor Joe Deters announced Tuesday.. Police said Damion McRae, 37, shot Cincinnati police Officer Kenneth Grubbs outside a Walnut Hills apartment complex on March 12. Grubbs and McRae were injured, but are expected to make full recoveries. Officials released body camera footage from the two officers who responded to the shooting. Cincinnati police were called to an apartment building on Gilbert Avenue on reports of a domestic violence incident. Grubbs and Officer William Keuper, who were riding together as partners, found McCrae in the apartment’s courtyard. As the officers attempted to stop McCrae, prosecutors said, McCrae shot Grubbs with a 9 mm rifle concealed at his side. Grubbs was shot in the lower abdomen and fell to the ground.

Prosecutors said Grubbs returned fire as he fell. Officials said Keuper, who was walking behind Grubbs when he was shot, also returned fire at McCrae. Investigators said McCrae was struck and fell to the ground. Deters said Grubbs fired 17 times, and Keuper fired eight rounds. Investigators said McCrae continued to reach into his pockets after the incident, despite police telling him not to. Deters said McRae also was carrying a .22-caliber revolver. McRae has been indicted on one count of attempted murder, two counts of felonious assault, two counts of weapons under disability, one count of carrying a concealed weapon and one count of assault. If he is convicted of all charges, McRae faces the possibility of over 20 years in prison.

Deters said Tuesday that depending on the investigation, a second attempted murder charge might be sought for McRae’s actions agast Keuper. “We are grateful for the safety of our two officers in this violent confrontation,” Cincinnati police Chief Eliot Isaac said. “Their brave action demonstrated courage under fire, amazing restraint, and is a true testament to their training. We will work closely with the Hamilton County prosecutor’s office to ensure Mr. McRae is held accountable for this heinous act to the fullest extent of the law.”