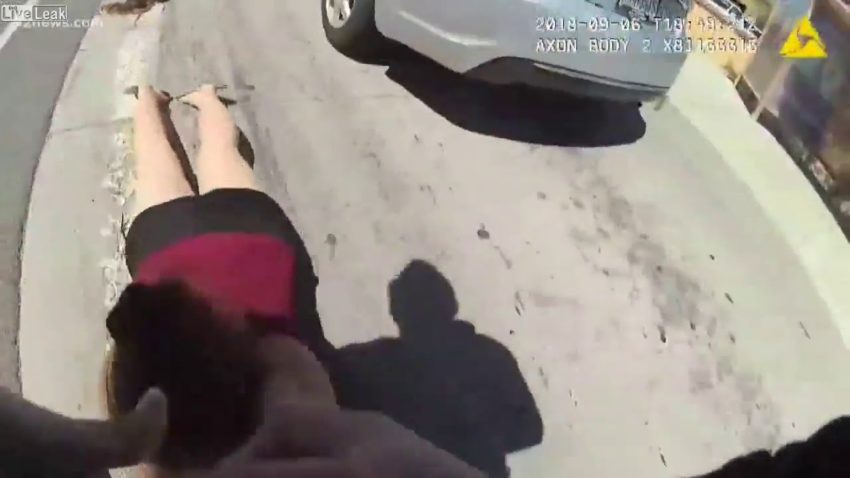 Goodyear AZ – It was a controversial arrest made public via Twitter last week when a Goodyear police officer punched and dragged Renee Armenta during a traffic stop.

Bodycam footage on Friday from that arrest, which shows the officer asking Armenta to exit the car, telling her she is under arrest. She questions the officer and resists and the officer punches and drags Armenta toward his vehicle.

When the passenger of Armenta’s vehicle exits the car, the officer draws his weapon.

In the arresting officer’s police report, he says he was pulling Armenta over because she had a suspended license. The officer further said Armenta refused to comply with his orders and a sudden movement with her left hand made him fear an “imminent physical assault.”

Armenta called the incident “police brutality” and has since hired a civil rights attorney and will pursue a civil suit.