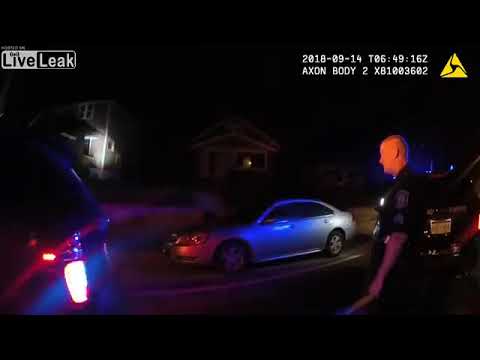 Grand Rapids police have released the body camera footage of an officer shooting a dog.

It happened early Friday morning in the 1700 block of Kalamazoo Avenue SE. Officers were called to the scene on a report of an aggressive dog chasing people around the area.

Police said officers spent 30 minutes trying to capture the dog and to identify and get in contact with its owner. At that point, police say the dog charged at an officer in the street after it charged at a neighbor exiting their house.

The officer shot the dog twice as it approached him.

Police say the dog is still alive and has been reunited with its owner.