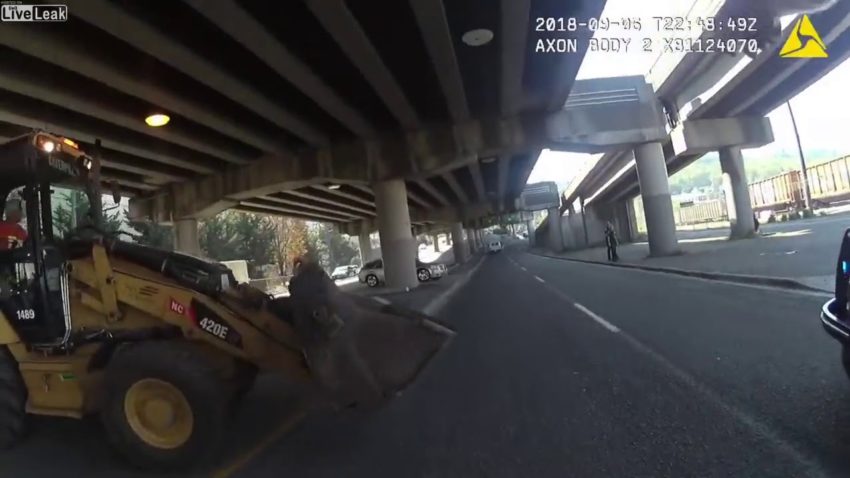 If you saw police under the West Seattle Bridge around 4 pm Thursday afternoon – they were involved in a rescue just detailed on SPD Blotter, with the body-cam you can watch above. Here’s how Det. Patrick Michaud tells the story.

Some jobs call for a ladder, others call for 13 tons of steel, 127 horsepower (net, of course) and a quiet, but powerful hydraulic system.

Witnesses called 911 Thursday afternoon to report a man on a ledge in the 2600 block of SW Spokane Street.

Officers found the man standing on a ledge that they estimated to be six inches wide, occasionally slipping. Fearing for the man’s safety, Officer Morgan Irwin, whom you may remember from the time he commandeered a jetski, spotted a nearby backhoe driving down the road. Officer Irwin ran over to the driver and asked him for help.

The driver was able to position the machinery below the 48-year-old man, allowing him to safely jump inside it.

Once he was on the ground, medics took the man to the hospital for a medical evaluation.

Officer Irwin could not be reached for comment about what he planned to commandeer next.