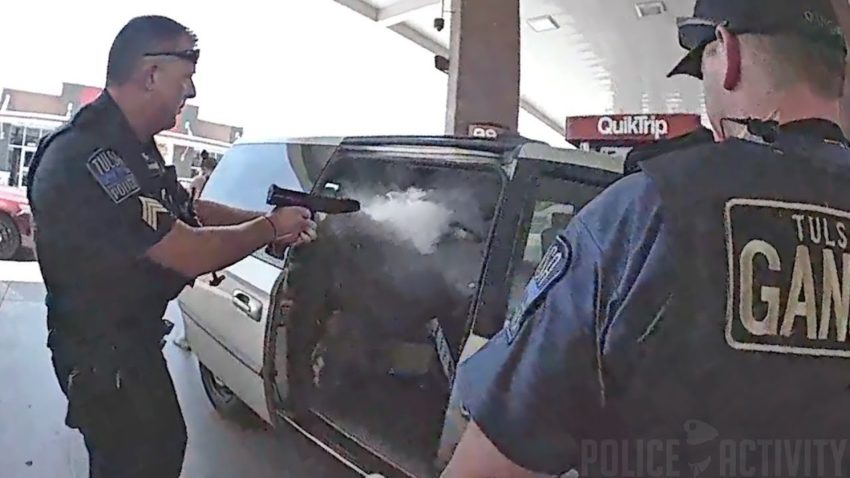 ** (Disclaimer: This video content is intended for educational and informational purposes only) **
Body camera footage released by Tulsa Police captures the moment John Terry Chatman Jr., 34 shooting at police in a QuikTrip parking lot last Tuesday. Chatman was shot during the altercation. Chatman possessed a 32 caliber revolver and ammunition after prior felony convictions, attempted to kill a Tulsa police officer, and carried and discharged a firearm during a crime of violence. federal grand jury returned an indictment against John Terry Chatman, Jr., 34, of Tulsa, charging him with Felon in Possession of a Firearm and Ammunition, Obstruction of Justice by Attempting to Kill a Witness, and Carrying, Using, and Discharging a Firearm During and in Relation to a Crime of Violence.