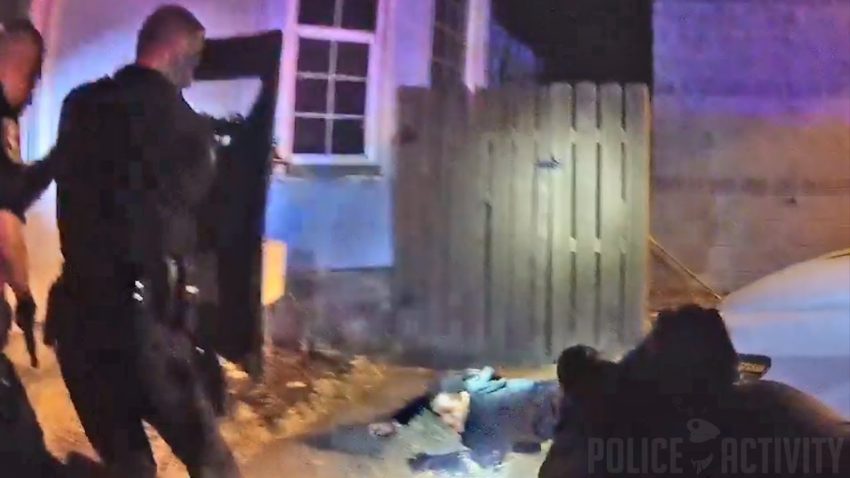 ** (Disclaimer: This video content is intended for educational and informational purposes only) **
Spokane Police released body camera footage showing an officer-involved shooting with a fugitive out of Nevada on Wednesday. Antonio Davis was wanted in connection to a homicide in Nevada. On September 18, Spokane officers saw him and tried arresting him. Davis jumped into a car and took off, leading police on a car chase. Davis eventually crashed into a tree near Monroe and Sinto. He ran off and tried to climb a fence. The passenger in his car successfully climbed over the fence and ran off. Davis was shot by police in his right bicep. He recovered from his injuries and is now out of jail on bond. The body camera footage shows Davis asking for help and an ambulance. Police said because the passenger was on the loose and may have been armed, they had to clear the area before giving Davis medial treatment.

“Not knowing where he was at and having an idea that he may be armed is why they waited for the contact team to come up. So they could safely do that without fear of that suspect be in that yard on the other side and potentially ambushing those officers when they approached Davis,” said Brad Arleth with Spokane Police. “Initially watching the video it can seem like he was laying there for a long time but really he was being treated within about five minutes, so about as fast as anything else in town when somebody needs emergency medical assistance.” Officers found a gun dropped by the passenger and a handgun in the driver’s side door. The passenger was arrested three days later. While Davis is out of custody, he is still facing charges in Spokane for unlawful possession of a firearm and attempting to elude.