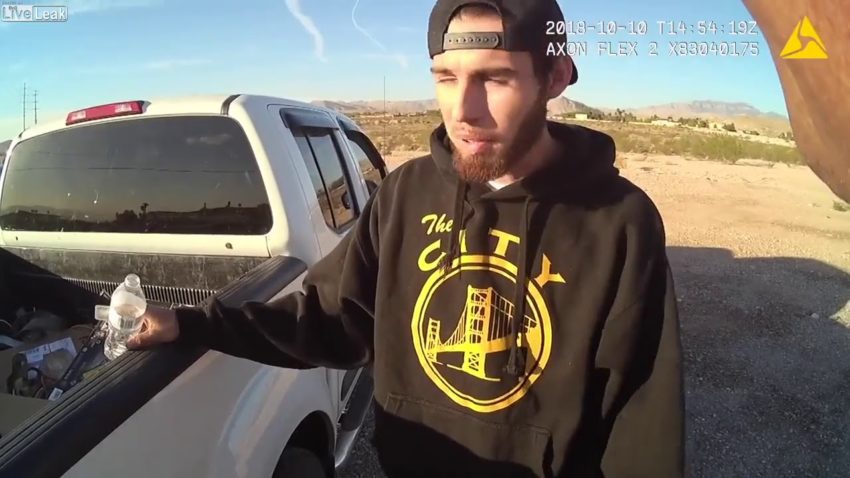 Las Vegas, NV – The Las Vegas Metropolitan Police Department said an officer-involved shooting reported in the southwest valley on Oct. 10 appeared to be a “suicide by cop.” According to police, the incident started when Officers Chad Betts and Kenneth Pilette were called to the area of Rainbow Boulevard and Gary Avenue, west of Blue Diamond Road at 7:15 a.m. to respond to a three-car crash. Two drivers involved in the crash said Kenneth Busse Jr., 21, was at fault, police said. While Pilette began investigating the crash, Betts approached Busse and attempted to conduct a field sobriety test. Busse refused twice and left his vehicle to retrieve a firearm from a nearby bush. According to police, Busse had hidden the firearm before officers arrived. Busse aimed his gun at Betts first and Pilette responded by firing four times at Busse, police said. All of Pilette’s shots missed and Busse aimed at Pilette. Betts then fired twice at Busse, hitting him in the chest. According to Metro, Busse fired one round at officers. Pilette and Betts called for medical attention after Busse fell to the ground, Las Vegas police said. Busse was pronounced dead at the scene.