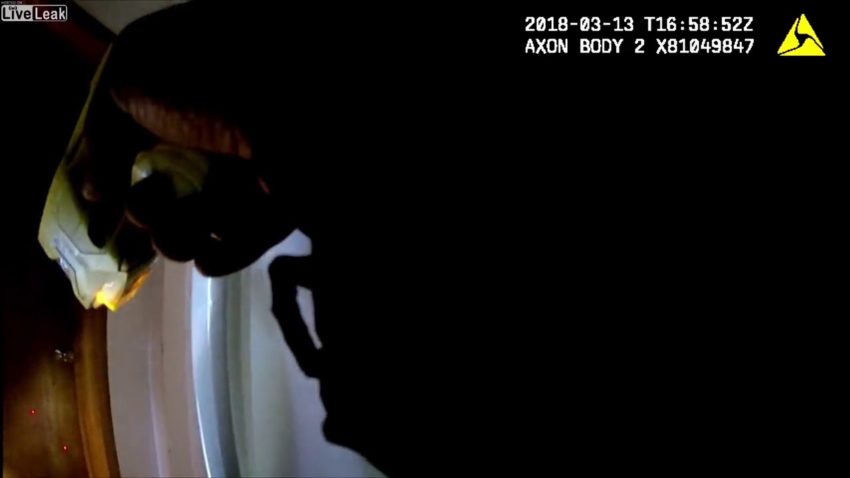 Wen M. Chen, 31, was shot after officers responded to a call of a domestic disturbance in a home in the 2800 block of South Throop on around noon on March 13.

Newly released body cam footage shows Chen with a butcher knife in hand as officers open the door to the room in which he’d locked himself.

After the door is opened, one officer, whose Taser was drawn and pointed at Chen, tells him to drop the knife six times before deploying the Taser. Another officer on scene also deploys his Taser and Chen can be heard screaming in pain.

Chen, still screaming, then staggers out of the bedroom into a common area where the officers are standing. The officer who had ordered him to drop the knife fires once, striking Chen in the thigh. Blood could be seen on Chen’s neck, back and chest before the shot was fired.

Chen was taken to Stroger Hospital for treatment.

He was later charged with 12 counts of aggravated assault to a peace officer.

The officer who shot Chen was placed on administrative leave for 30 days, per CPD policy.