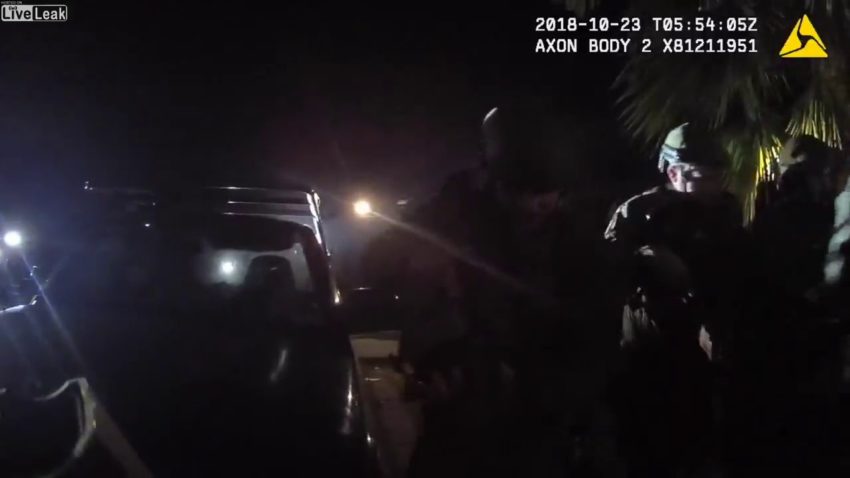 Police here have released video footage from the Monday night shootout between officers and a 37-year-old double kidnapping suspect who was killed by officers’ bullets.

The, identified as Salvador Morales, of Pittsburg, allegedly kidnapped his estranged wife and their baby, non-fatally shot a family member, and then led police on a chase through Concord before driving to a Pittsburg home. There, he barricaded himself in the home for two hours, eventually stepping on to the driveway. He began shooting at officers after they shot a rubber projectile at him, police said, prompting officers to return fire.

Police also identified the officers who were “involved” in the incident as members of the department’s SWAT team. They were identified as: Sergeant William Hatcher, Sergeant Gabriel Palma, Acting Sergeant Charles Blazer, and Corporal Alex McCray.

In the 10-minute video released by Pittsburg police, officers can be heard negotiating with the man in Spanish, addressing him by his first name. An officer can be heard saying he will fire a “less-lethal” gun at Morales if he takes another step forward, and getting approval to do so.

At some points during the negotiation, Morales appears to be holding the gun to his head. He keels over after being hit with the rubber projectile.

Moments after the rubber gun goes off, shots are heard and at least two officers can be seen firing their weapons at Morales. After a few seconds of firing, the officers move in on Morales’ location.