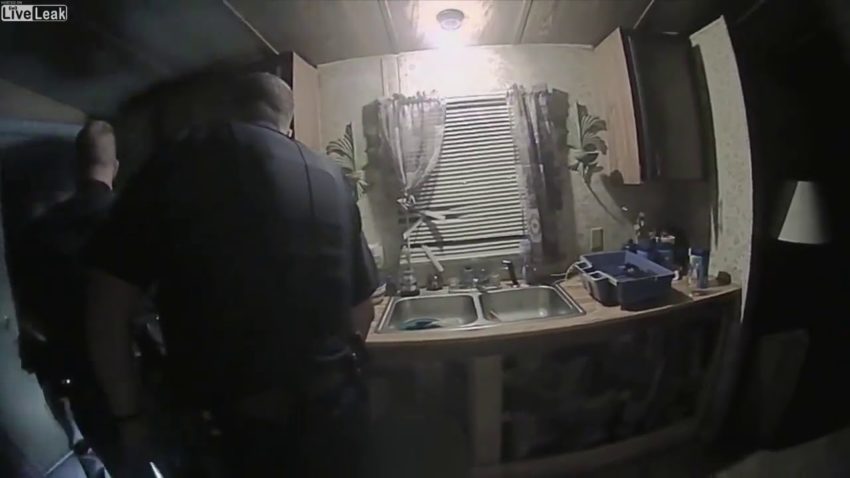 DID THE OFFICERS ILLEGALLY ENTER THE HOUSE, AND DID SMITH ACT APPROPRIATELY ?

Moncks Corner, SC – The Berkeley County Sheriff’s Office is facing accusations of using excessive force during an incident on October 14, at a home on Maggie Lane in Moncks Corner. The sheriff’s office says a 911 reported Rashon Smith was assaulting his 19-month-old child with a belt. The report says deputies entered the home and announced who they were, but no one responded. The deputies found a naked baby sleeping in a crib and Smith laying on a nearby bed, according to the report. When a deputy pulled the blanket off of Smith, the report says he tried to grab the deputy’s neck.