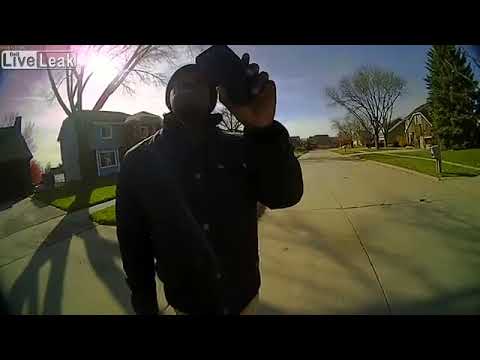 Authorities have released bodycam footage showing a confrontation between a West Des Moines police officer and an African-American man, which some community activists are calling an example of racial profiling.

Members of the group Iowa Citizens for Community Improvement said Monday that 27-year-old Keilon Hill was canvassing in the area for U.S. Rep. David Young, a Republican, ahead of the 2018 midterm elections when a neighbor called police about a suspicious person.

“He showed clearly that he was out there canvassing for a political candidate,” ICCI community activist Bridget Fagan-Reidburn said. “There was no question about that. There was no reasonable suspicion to continue the conversation further.”

Hill was charged with harassment of a public official after confronting police. Fagan-Reidburn called Hill’s arrest an example of racial profiling. West Des Moines police defended the officer’s actions, saying he “did nothing wrong.”