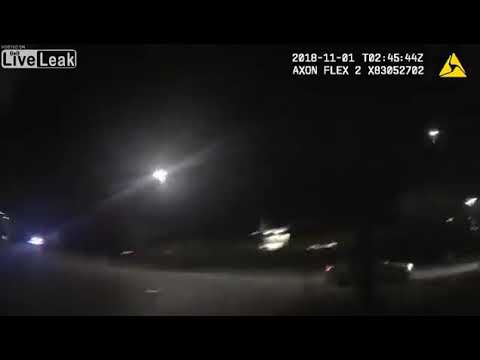 A man was killed in a deputy-involved shooting Wednesday night in Port Orange, according to the Volusia County Sheriff’s Office.

Officials said in a 911 call that a woman said her ex-boyfriend, later identified as John Wurms, 32, was in her apartment complex parking lot. He wasn’t allowed to be near her because he allegedly had been arrested for aggravated stalking, deputies said.

“We know conclusively this guy was locked up for aggravated stalking and loitering and prowling. They had been tracking him to arrest him. He fled from Holly Hill. So that’s where we are right now,” Volusia County Sheriff Mike Chitwood said.

Wurms fled the area, and officers spotted his motorcycle parked at a 7-Eleven in Port Orange around 10:45 p.m., officials said. He then ran away, deputies said.

Wurms then pointed a gun at his head and at law enforcement officers, officials said. Deputies and police then fired their guns at him.

“At a point in time, he puts the gun to his head, from what we’re hearing, and then he points the gun to the two Port Orange police officers and the one deputy, and they open fire on him,” Chitwood said.