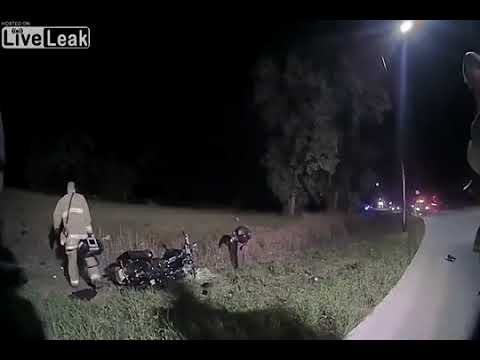 A firefighter in Harrison Township has been charged with tampering with evidence after a pill bottle couldn’t be located at the scene of a fatal accident.

Authorities say Steven Hart, 45, responded to a fatal motorcycle crash near Executive Drive and Joy Boulevard the night of August 21. Responding deputies had said an orange prescription pill bottle with multiple pills was at the scene of the accident, but when the Crash Investigation Unit later arrived they couldn’t find the container.

After reviewing footage from deputies’ body cams, authorities say Hart can be seen picking up the pill bottle, looking at it and keeping it. Authorities aren’t sure what he did with the pill bottle from that point on.

Hart has been charged with one count of Tampering with Evidence, a four-year felony, and is currently on administrative leave.

Hart turned himself in on September 24 and was arraigned on his charge. He was given a $10,000 personal bond. He’s scheduled to be in court again on October 3.

The driver of the motorcycle was rushed to the hospital in critical condition, and the passenger was pronounced dead at the scene.