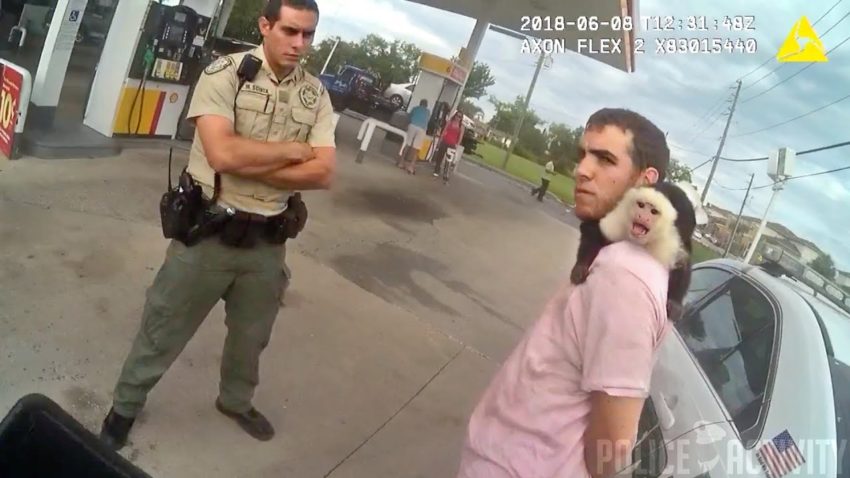 ** (Disclaimer: This video content is intended for educational and informational purposes only) **
The Pasco County Sheriff’s Office arrested Cody Blake Hession for auto theft after he reportedly drove a stolen vehicle into a ditch in Holiday. Body camera footage showed Hession stepping out of the back of a sheriff’s patrol vehicle with Monk, his pet Capuchin monkey. Monk, wearing a leash and a diaper, clung to Hession’s shirt as officers spoke to him. The sheriff’s department said Monk was taken to the nearby Suncoast Primate Sanctuary because Hession did not yet have a permit for the monkey, which could potentially warrant additional charges. Responding officers gave Hession the opportunity to say his goodbyes to Monk before the monkey was loaded into an animal carrier. Hession can be heard telling officers that he’s had Monk for three years since the monkey was three days old. He said he got the animal from a breeder in South Carolina and told officers that there was no licensing or permitting required in that state. Hession implied he had recently moved back to Florida. At one point in the eight-minute clip, a woman approached Hession and accused him of stealing her car.