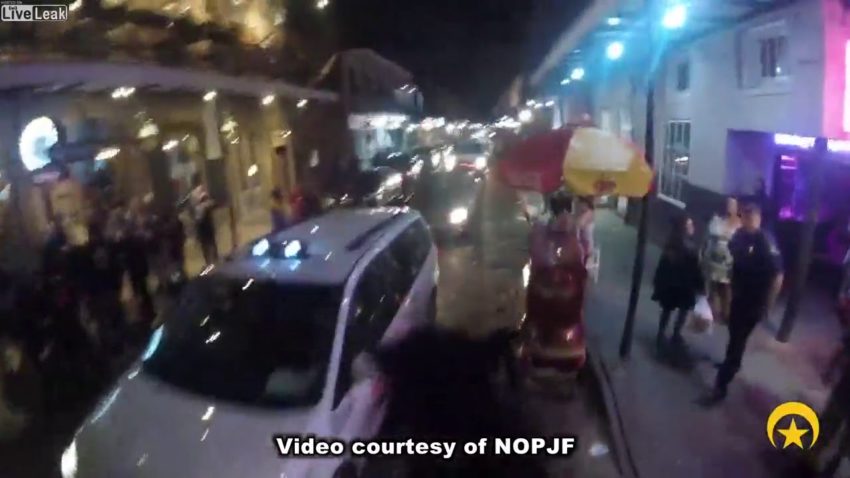 A mounted police officer who was equipped with a GoPro camera during the shooting of a promotional video, was caught on video during the pursuit of a suspect through the crowded streets of the French Quarter on Friday, Oct. 19.

The officer, identified as Sergeant Daniel Scanlan, is alerted to the suspect and he began moving toward the area before finding the suspect and giving pursuit while on horseback.

You can hear Sergeant Scanlan giving orders to the crowd on Bourbon Street to move out of the way. The officer also gives directions to his horse, JJ.

The suspect, identified as 30-year-old Terrell Spears, was eventually caught. The NOPD said he was booked with possession of a firearm by a felon and flight from an officer.