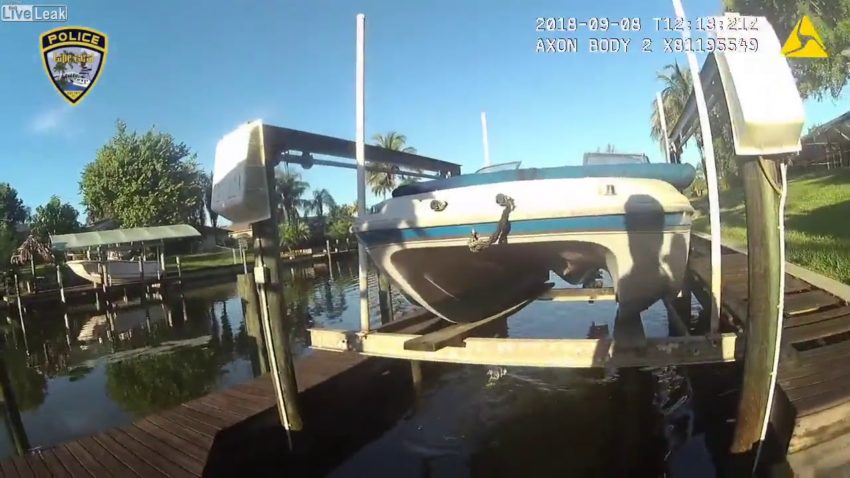 On September 8, 2018 around 8 AM, Cape Coral Police responded to the 100-block of SE 32nd Street in reference to a call for service of two dogs in the canal that were unable to get out. A patrol officer, Officer A. Gallo, was the first on scene where he found two small dogs in the canal near the bank standing on a small rock.

Officer Gallo reached down to grab one of the dogs and was immediately bitten on the hand. He let go of the dog which jumped into the water. Knowing that the dogs were in danger and could not get out by themselves without help, Officer Gallo reached back down with his injured hand and grabbed one of the dogs quickly pulling it up to safety. The dog then turned and bit Officer A. Gallo again on the same hand and ran away once it was back on solid ground.

The Cape Coral Fire Department arrived on scene and one of the fire fighters was also bitten while recovering the dog. The second dog swam under a boat that was on a lift and then into the center of the canal before finally returning.

Both dogs were ultimately rescued and appeared in good health. The dogs had gotten away from their home overnight and it’s unknown how long they were in the canal. Lee County Animal Control also responded to the scene.

The officer and fire fighter sustained minor injuries but were happy with the outcome; the dogs being saved.