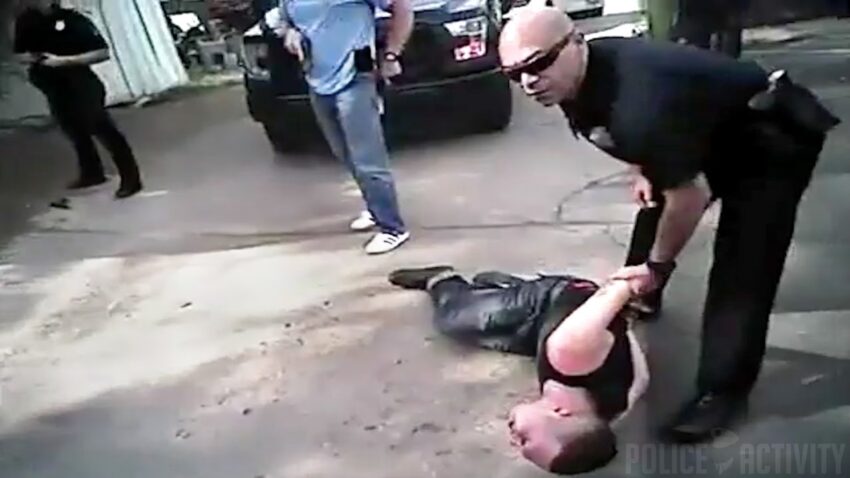 ** (Disclaimer: This video content is intended for educational and informational purposes only) **
The Denver District Attorney’s Office has released the body-camera video from the officer involved in a shooting that injured a 17-year-old boy who was armed and fleeing a carjacked vehicle, which was stolen at gunpoint two days earlier. The video was recorded by Cpl. Jeffrey Heinis’ chest-mounted camera on the night of Aug. 16 near the intersection of 10th and Federal Boulevard. Heinis, who fired 12 shots, earlier this week was found justified in the shooting. Heinis turns on the camera as he is driving and then he approaches the 2005 Volvo that had been carjacked in Arapahoe County. Heinis jumps from the car, his pistol leveled, and begins yelling commands to three underage suspects who were in the vehicle but cannot be seen in the video. “He’s got a gun,” Heinis is heard saying.

One of the suspects can be seen crossing in front of Heinis. As the boy continues to run and then climbs a fence, Heinis fires 12 shots. One bullet hit the teen in the ankle, breaking a bone. The boy didn’t point the gun at Heinis. According to a letter from Denver District Attorney Mitch Morrissey to police Chief Robert White, Heinis had no other option but to use “physical force” to prevent the wanted boy’s escape. The 17-year-old, identified only as “LAJ,” was brandishing a black semi-automatic handgun, prosecutors say. “I became very fearful that he was going to shoot me with the gun,” Heinis told investigators after the incident. “He didn’t leave the gun in the car. He didn’t try to conceal it. He had already used it in the commission of a violent felony. So, I thought, OK, he’s bringing it for a reason.”

Heinis told investigators that he feared LAJ would climb over the fence, too, and into an alley on the other side. The officer said he feared the teen would run into an area with a bus stop and homes, or that the teen would carjack another vehicle. “I considered him a very imminent threat to everybody in the area, including myself,” Heinis told investigators, according to the letter. “I was probably 30, 35 feet away from him when I started firing shots at him.” The two other juveniles in the Volvo were arrested nearby. Both had warrants for their arrest, according to prosecutors. LAJ — who has since turned 18 — pleaded guilty to felony menacing on Nov. 21 and was found to be a juvenile delinquent for the sixth time and sentenced to youth prison for a term of one-to-two years.