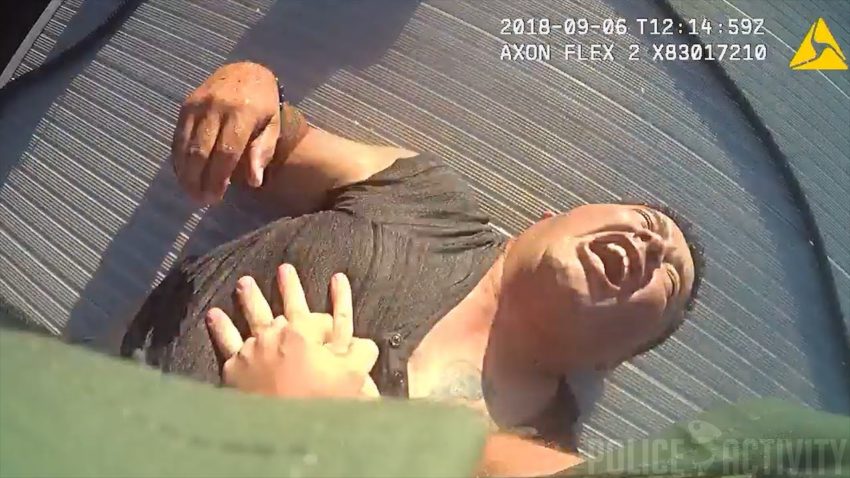 ** (Disclaimer: This video content is intended for educational and informational purposes only) **
A Pasco County deputy was fast on his feet in an attempt to save a man from drowning. Deputy Taylor Grant was responded to a drowning call in the area of Green Key Road in Holiday at about 8 a.m. Thursday, according to the sheriff’s office. The 51-year-old victim was five acres away and a 10-foot security fence was standing in between them. But Grant managed to scale the fence and ran to the man in time to save his life, authorities said. Body cam video shows a woman yelling for help as she tries to hold the man, who is trapped in between a seawall and a floating walkway, above the water. Within seconds, Grant pulls the man from the water and starts performing CPR. The man was rushed to North Bay Hospital where he remains in critical condition and will be intubated for an unknown amount of time, according to hospital officials.