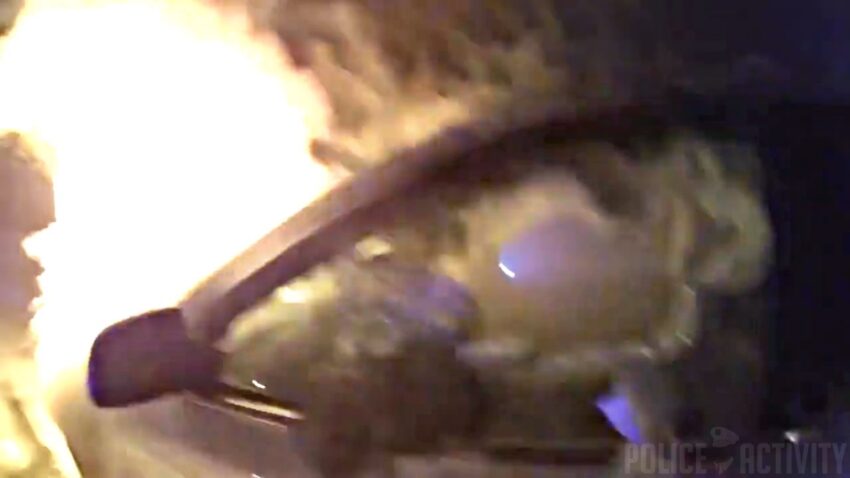 ** (Disclaimer: This video content is intended for educational and informational purposes only) **
A Spokane Police officer is being credited with saving a woman’s life after pulling her from her burning car Friday night. Officials said the woman called 911 around 10:00 p.m. saying she was trapped in her burning car on North Cannon Street near North Ridgeview Place. She said she was trying to kick out the windows but she couldn’t. Even though this was a fire call, it was also broadcast on police channels and multiple officers from the county and city arrived on scene. Authorities said Officer Tim Schwering was the first to arrive on scene.

They said he broke a hole in the car window with his baton, but was not able to unlock the door. He said he was forced to reach in and pull the entire driver’s side window out. He then helped the victim climb out of the window. Officials said a neighbor also helped in the rescue. When fire crews arrived, they found the engine was on fire. The grill and the bumper had melted away and officials said it left burning puddles beneath the car. It is unclear what caused the car to catch on fire. Officer Schwering was treated and released from the hospital for symptoms related to smoke inhalation.