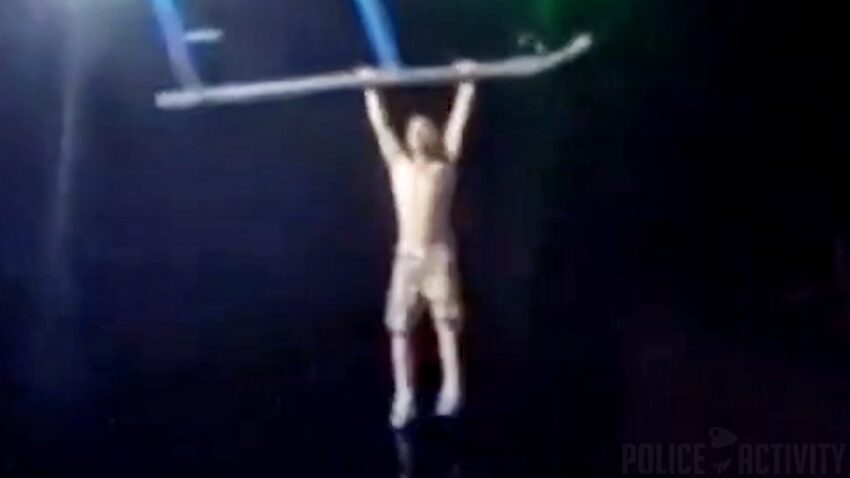 ** (Disclaimer: This video content is intended for educational and informational purposes only) **
Mesa police announced Monday that they had used a helicopter to rescue a homeless man from the Salt River bottom after he found himself stranded due to rushing water. Last Thursday evening, a citizen reported to police that they’d heard calls for help coming from the river bottom just north of Sloan Park, according to a release from Mesa police. Heavy rain earlier in the week had created a buildup of water that was released into the Salt River Thursday. Officers found the man, who had been living in the river bottom, on some debris near the north side of the river bottom, according to Mesa PD. He said he had used a makeshift raft to retrieve some of his belongings after the water rushed though, but he had been swept downstream.

Mesa police say he told them the current was too fast for him to make it back to shore, and he was already weak and having difficulty staying on the debris. Police called in a helicopter and determined that the aircraft was their best chance of reaching the man. The senior pilot took over and guided the helicopter down toward the man, who grabbed the landing bar on the aircraft. The helicopter picked him up and put him down on the shoreline, police said. Medics were able to help the man and found no signs of significant injury from the incident.