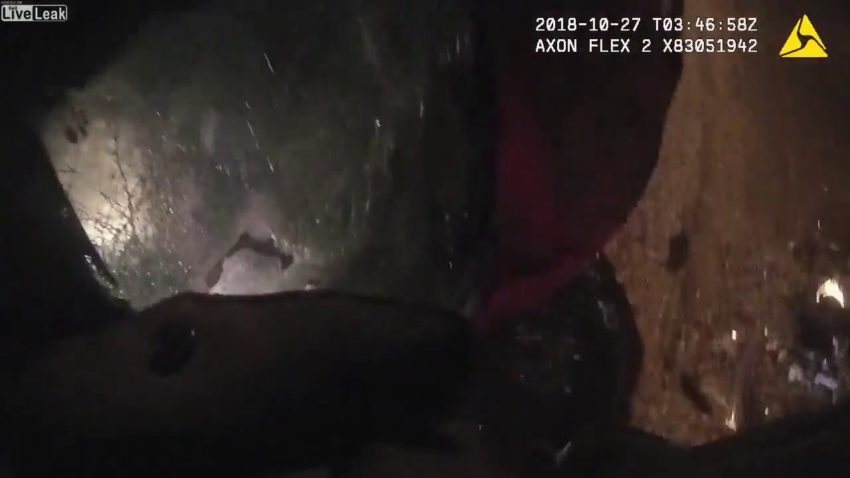 On Friday, 10-26-18 at about 10:44 P.M., Officers Ward and Kresa were driving eastbound on West Oklahoma Avenue when they observed an object tumbling across both lanes of traffic. As the officers drove closer they discovered an overturned vehicle resting on its passenger side.

As both officers ran toward the vehicle they noticed a woman and child trapped inside. The officers worked feverishly to create a hole large enough for the 17-month-old toddler and his mother to escape. Both the mother and child were conveyed to a local hospital and treated for non-life-threatening injuries. The officers later learned the vehicle was struck by a hit and run driver that fled the scene.