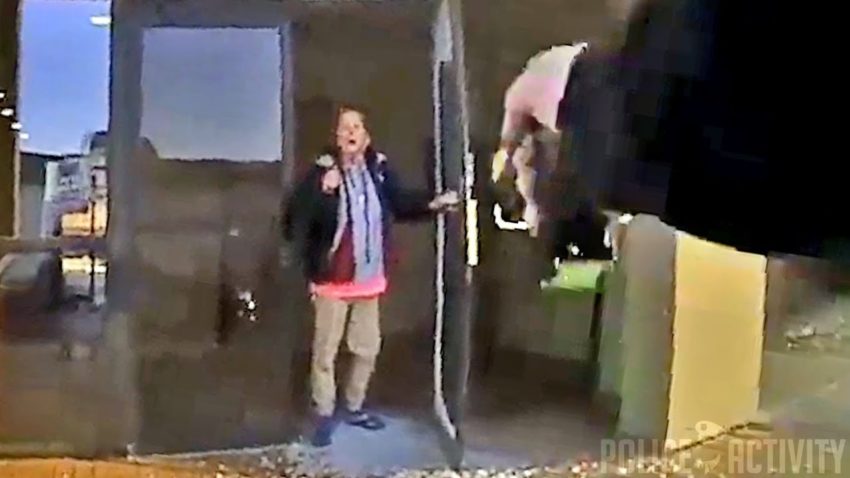 ** (Disclaimer: This video content is intended for educational and informational purposes only) **
Police have released body camera footage that shows an officer subduing a woman that smashed up a metro Taco Bell with a tire iron. The footage, released Feb. 1, shows the moments an Oklahoma City Police Department officer arrives on scene early Jan. 30 at Taco Bell, 2608 S. I-35 Service Road. Just before 8 a.m. Tuesday police received a call that a woman was breaking windows and chasing employees with a tire iron at the business. An employee told police that 52-year-old Zette Lea Madden had approached the business on foot and used the tire iron to smash the drive-thru menu display. The woman then broke out the drive-thru window with the tool before breaking the glass on both entry doors and entering the business.

Employees stated that Madden came behind the counter and destroyed the cash registers while telling them to give her money. When officers arrived on scene they found Madden inside the business holding the tire iron. She allegedly began thrusting the tool in “short, stabbing motions” when the officer told her to drop the item. The officer began to fear for the safety of the employees still inside the business and deployed his taser, subduing the woman. She was then taken into custody. Employees reportedly told police that Madden lives in a vehicle behind a nearby club and that they had trouble with her stealing soda from the fountain in the past.