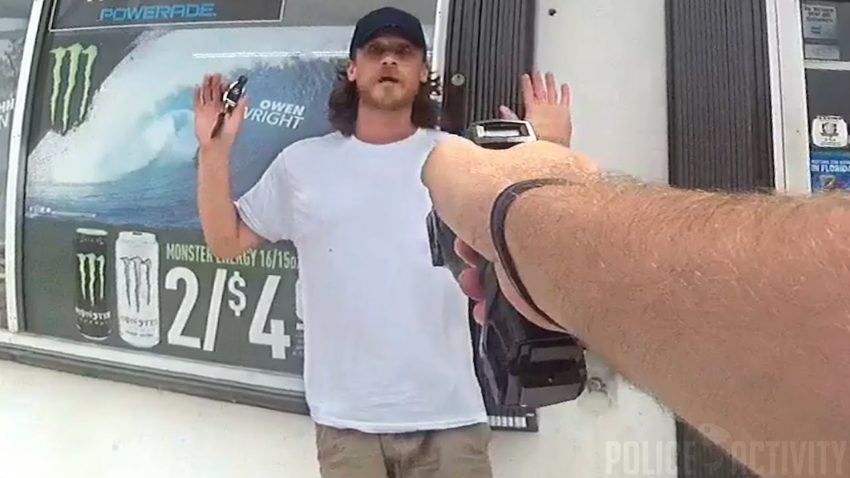 ** (Disclaimer: This video content is intended for educational and informational purposes only) **
Titusville Police arrested Benjamin Hovan, a Tallahassee man accused of a Casselberry home invasion, rape and kidnapping Thursday morning. The department tweeted it arrested the 32-year-old at about 11:30 a.m. at a gas station in the central Florida city. “One of our officers spotted the suspect pumping gas into a Mercedes at the marathon 1220 Washington Ave.,” Deputy Chief Todd Hutchinson said. “Not positive who he is but concerned.” Officer Austin Quinn ran the tags on the vehicle, which came back stolen out of Miami, Hutchinson said. When he and another officer approached the suspect, Hovan took off on foot. Quinn quickly caught up with Hovan, deployed his Taser and the officers were able to take him into custody. Police were searching for Hovan in connection with a Saturday home invasion, rape and kidnapping in Casselberry, about an hour away.

Armed with a knife, police said, Hovan entered an apartment and confronted two women. He told them to lie face down on the ground, but when they tried to run away, he forced them into a bedroom. He raped one woman, then forced both into a car that one of them owned, according to a police report. Hovan then made them drive to a grocery store to get money out of the ATM. One woman went inside the store and asked an employee to call 911. While she was in the store, Hovan drove away with the victim’s car, according to the police report. The Maitland Police Department recovered the vehicle Tuesday. Hovan also was wanted by Tallahassee Police in connection with a car burglary that occurred about a day before the alleged home invasion.