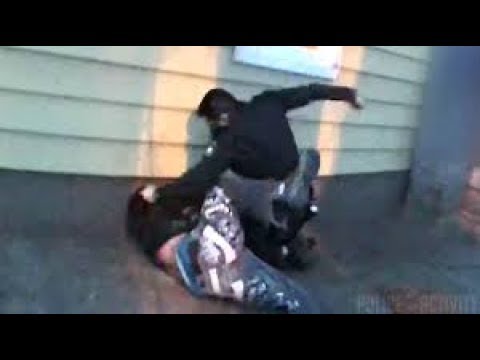 ** (Disclaimer: Video posted strictly for educational and information purposes only) **
Springfield, IL. – On Monday the Springfield Police Department released body camera footage from an incident last month that led to the arrest of one of its officers. Springfield police say officers responded to a domestic disturbance call in the 2100 block of East Stuart Street on Feb. 27. Officer Samuel Rosario engaged in a verbal argument with a 19-year-old boy at the scene, according to the Springfield Police Department. “Go back to Mexico, n*****,” an unidentified male says to Rosario in the released footage. “I ain’t from Mexico, you stupid motherf***er,” Rosario responds. A short time later, the man asks for the officer’s badge number and the two hurl profanities at each other for several minutes. “What do you want me to do for you to put some hands on me?” Rosario taunts. “You want these hands? You can have ’em … you a b****.” Rosario is seen walking toward the teen and appears to push him, saying, “Did I not just touch you?”

The screen then cuts to black as, according to Springfield police, the altercation between officer and teenager “escalated into a physical encounter.” An unseen woman at the home shouts, “He started it first, police did … the rookie started first … that’s assault and battery.” Toward the end of the video, Rosario says, “Dude, I felt bad for you, that’s why I stopped hitting you.” Springfield police say a backup officer not involved in the incident reported it to his supervisor. Rosario was arrested and charged with two counts of battery and one count of official misconduct the following morning. According to Springfield police, Rosario is on unpaid administrative leave pending the results of an internal investigation. Illinois State Police have concluded their criminal investigation into the matter. “This incident does not depict the actions of the hard-working men and women of the Springfield Police Department,” Springfield police said in a statement.