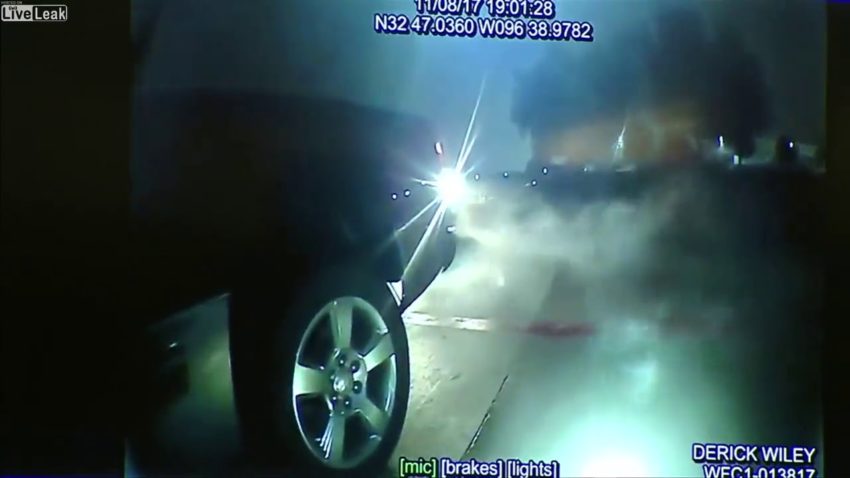 Lyndo Jones was pleading, “No, no, don’t shoot,” right before a Mesquite police officer who mistook him for a burglar shot him twice in the back, body camera footage played Tuesday during the former cop’s trial showed.

“If you get up, I will shoot you again,” Derick Wiley yells at Jones after the shooting, while the man lies bleeding on the ground.

Wiley, 36, is charged with aggravated assault by a public servant in the November 2017 shooting. Wiley’s trial began Tuesday.

The trial comes about a week after a Dallas officer was arrested in a Sept. 6 shooting with clear similarities.

Amber Guyger faces a manslaughter charge for killing Botham Jean, whom she says she mistook for a burglar when she entered his apartment thinking it was her own.

In last year’s shooting, Wiley responded to a suspicious person call Nov. 8, 2017, in the parking lot of a business in the 1300 block of South Town East Boulevard. The business owner had called police after seeing Jones sitting in his own pickup.

The truck’s alarm was going on and off, and Jones had trouble silencing it.