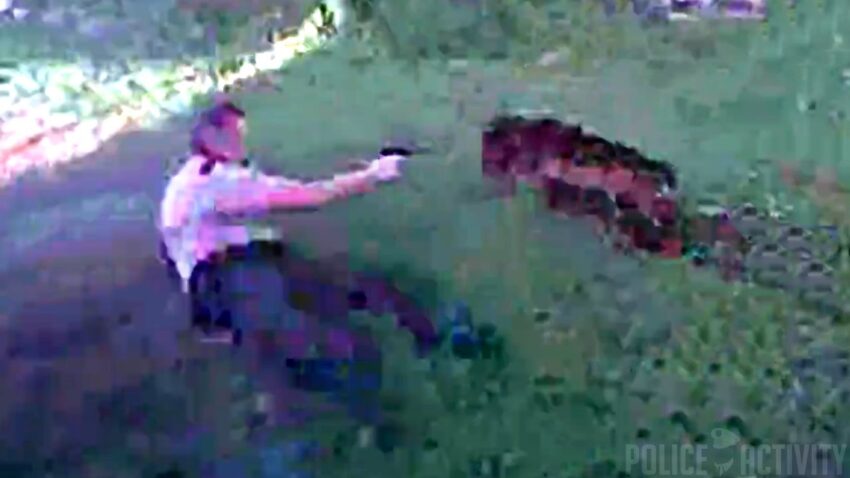 ** (Disclaimer: Video posted strictly for educational and information purposes only) **
Deputies said they were forced to open fire on an “aggressive” pit bull in Wittmann on Sunday. According to the Maricopa County Sheriff’s Office, Sgt. Daniel McPheeters and Deputy Fernando DeLaTorre conducted a welfare check after receiving a tip about possible criminal activity at the house in the evening near 243rd Avenue and Patton Road. As they approached the home, a dog started barking and the two started to back away. That’s when Sgt. McPheeters slipped and fell. MCSO said the pit bull charged at him so McPheeters fired one round and hit the dog. The dog’s owner took the pit bull to a veterinarian and the dog is in the care of its owner. It was alive at last check. McPheeters wasn’t seriously hurt. The Sheriff’s Office released body camera video of the incident. An investigation is underway into what procedures were followed.