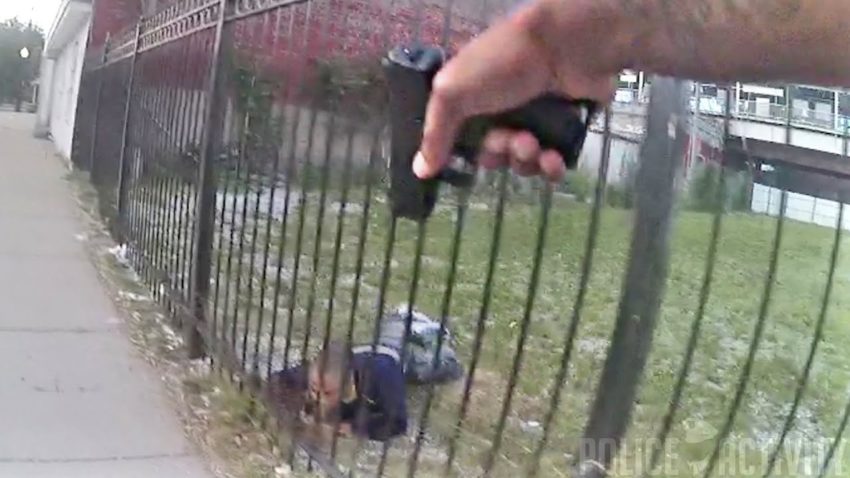 ** (Disclaimer: This video content is intended for educational and informational purposes only) **
The Civilian Office of Police Accountability released video Wednesday of the fatal shooting of 24-year-old Maurice Granton by a Chicago police officer. Granton, who police said was armed, was shot around 8:15 p.m. on June 6 in the 300-block of East 47th Street in the city’s Bronzeville neighborhood. Tactical officers from the 2nd District were conducting a narcotics investigation in the area when police said Granton ran from them. Officers chased him and told him to stop. Police said that’s when he pulled out a weapon and “an armed encounter between the offender and police ensued.” Granton was shot in the back, according to the Cook County Medical Examiner’s Office. He was transported to University of Chicago Medical Center, where he died. The medical examiner ruled his death a homicide. The medical examiner ruled his death a homicide. His sister, Joanna Varnado, identified her brother’s body after he was pronounced dead. She also said he was shot in the back. “I didn’t see any blood or anything on the front of him. I wasn’t able to see the back because he was laying, of course, on his back. There was no blood stains, anything, on the front,” Varnado said. Witnesses at the scene Wednesday night gave differing accounts of what happened. “I saw it! I was right there! I saw everything. He was laying over – I guess he ran through (there) trying to make it.

I guess they thought he had whatever he had, but he didn’t have no gun! That’s my cousin!” said Princess Evans, an eyewitness and Granton’s relative. A sergeant who was injured in the incident was transported to a hospital for treatment. A weapon was recovered at the scene. Police later tweeted a photo of the gun. Granton’s family said the weapon in the photo was not his gun. “No, that’s not his, he doesn’t have a gun,” said Kaeinji Jackson, sister. “There are eyewitnesses to say Maurice never pointed a gun,” said Eric Russell, Tree of Life Justice League of Illinois. “They planted that gun. There’s a coverup!” “He wouldn’t even chance his life doing that, knowing he had two very young kids to come home to,” said Tayshia Shaw, the mother of Granton’s children. His relatives said the young father turned his life around after the birth of his two daughters. Granton has a criminal record that includes convictions for robbery and theft. But his relatives said, regardless of his past, he was running away from officers and was not a threat. The officer involved in the shooting was assigned to administrative duty for 30 days, per Chicago Police Department policy. The shooting remains under investigation.