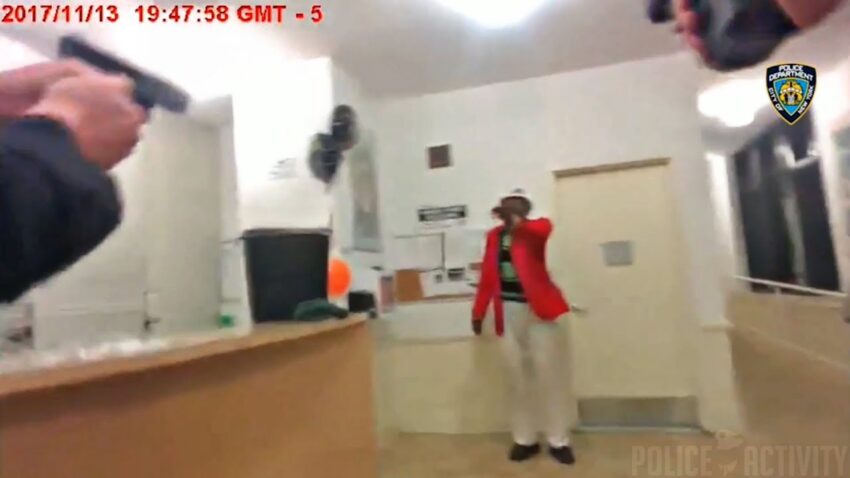 ** (Disclaimer: Video posted strictly for educational and information purposes only) **
The NYPD has released body cam video of a deadly police encounter at a Bronx homeless shelter. Just 16 days after the fatal shooting of Cornell Lockhart, police made public the tense moments before the officers opened fire. It happened at a facility in Tremont after Lockhart attacked two security guards. The NYPD released two videos, both 45 seconds long. The complete recording from the body cam of 11 year veteran officer Shawn Loftus, was recorded on November 13 at a supportive housing facility serving a troubled population of formerly homeless people. Long time resident, 67-year-old Cornell Lockhart, had just stabbed two female security guards with a steak knife. One of the injured guards can briefly be seen in video recorded by the second cop, rookie officer Nicole Krauss. The body cam video dramatically contradicts a claim from shelter resident Hannibal Ali over how many times police commanded ‘drop the knife.’ “They said it three times to him, no not twenty times, three times. I was standing there,” he said. According to the NYPD, Lockhart said ‘shoot me’ before stepping forward with the knife. Lockhart had a long history of mental health crisis and contacts with the police. Officers Loftus and Krauss remain on active duty in the 48th precinct.