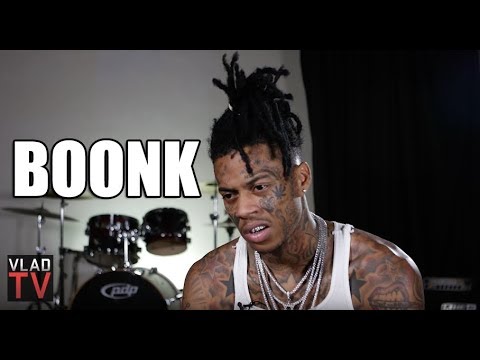 Boonk addressed reports that a woman punched him in the mouth after he wrecked his BMW, and he seemed confused when asked about the situation. The normally animated prankster seemed somewhat subdued during the interview as he told DJ Vlad “that’s just traffic” when speaking about the car wreck.

During the conversation, Boonk also spoke about putting out an album called Something Simple, which he says will have no features. Hit the above clip to hear more.