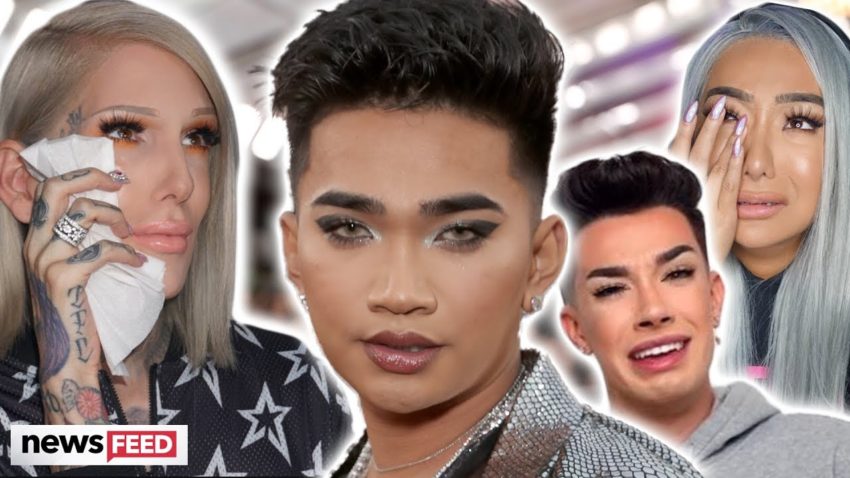 The People’s Choice Awards were full of surprises and we love a good shocking moment but some of these really had us falling out of our seats.

What’s up? It’s Emile Ennis Jr. here with Clevver News and there were some jaw droppers tonight at E! People’s Choice Awards.

Like for real, there were some moments I REALLY didn’t see coming.

In case you missed it, Kevin is still recovering from a devastating car crash that left him hospitalized last month.

When he walked out on the PCA stage it was his first official public appearance since the accident.

And we were just happy to see him looking so happy, healthy, and strong after such a serious crash.

He said quote, “First and foremost, I thank God, because I definitely don’t have to be here … I want to thank my wife and my kids who really stepped up to the plate for me and I really want to take the time to thank the PCAs, you have no idea the effect you have on us as entertainers, I truly want to thank you during my difficult time.”

And fans were also happy to see that Kevin is ok, they are taking to Twitter to send him some love.

One person tweeted saying quote, “Congratulations @KevinHart4real as soon as I saw u walking out I got all emotional and had joyful tears in my eyes. We are so blessed to still have you here.”

And another said quote, “seeing kevin hart walk out made my heart so happy #PCAs”

And we couldn’t agree more.

Our next favorite shocking moment was Bretman Rock’s HUGE win.

He won the award for Beauty Influencer of 2019 and he was up against some SERIOUS competition.

So yeah, Bretman is the KING of beauty and we stan him for it.

BUT fans were bummed and surprised that the show didn’t let him give an acceptance speech. He was totally deserving of some screen time.

And another sent him some love and said quote, “@bretmanrock BEAUTY INFLUENCER OF 2019 YOU DID THAT PERIODT”

And we’re excited for Bretman. It’s been a tough week for him with his dad passing away, so I’m sure this award lifted his spirits.

His fans really turned up for him and we couldn’t be prouder.

Next shocking moment was when Stranger Things won for Show of the Year.

And we weren’t surprised that it won, because, duh, it is the show of the year.

We were just surprised that only two of the kids were there to accept the award.

No Millie Bobby Brown, no Finn Wolfhard, no Gaten Matarazzo.

Noah Schnapp and Caleb McLaughlin held down the fort for the Stranger Things team and while we loved it, we were surprised that the whole cast wasn’t there.

Maybe they were working on Season 4.

The show DID just post this teaser of a script from the new season.

So maybe they were shooting, one can only hope.

I am READY to know whether or not Hopper is alive.

But anyway, I want to know what you guys think.

What was the most shocking moment at the PCA’s to you? And what was your favorite moment from the show?

After that, be sure to hit that subscribe button and click that bell so you don’t miss any of our new stories. Then click right over here for more entertainment news. Thanks for hanging out with me here on Clevver News, I’m Emile Ennis Jr. and have a great day.