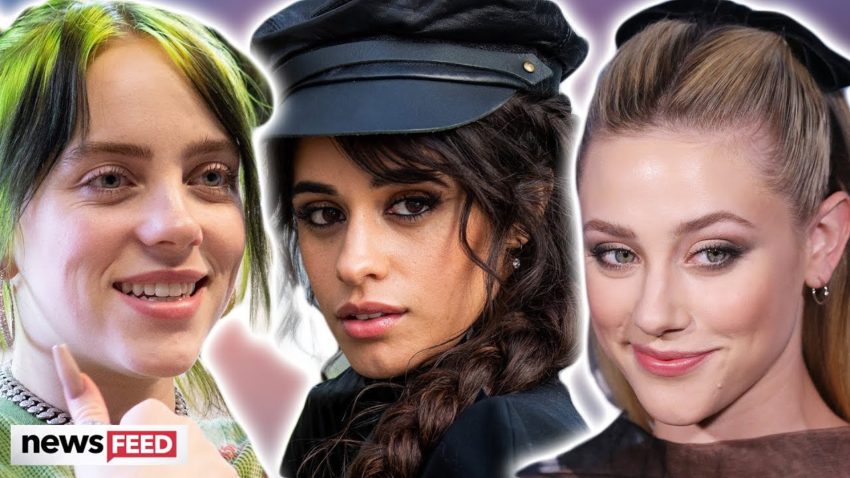 Camilla Cabello has landed a MAJOR magazine cover — and a pretty prestigious one too. The 22 year old singer is on the first ever Time’s “The Next 100” list. And she looks incredible, we might add.

What’s up guys, It’s Sussan Mourad here with Clevver News and Camilla is in good company on Time’s new list with 99 other amazing artists, athletes, activists and young leaders. Each honoree represents the future of the entertainment industry and takes notes from Time’s esteemed 100 Most influential list.

And their list was completely stacked. In addition to Camila, Time also featured another one of our favs, Lili Rienhart highlighting her openness about body image.

Billie Eilish also made the cut as a “pop prodigy,” as did the star of one of our favorite rom-coms “To All The Boys I’ve Loved Before,” Noah Centineo.

But Camilla, landed the artist cover, an honor she absolutely deserved! In her Time interview she talked about her incredible career, of course, but also took time to discuss more serious issues that are close to her heart. Like mental health

And Camila is certainly one of those people who DOES openly share her struggles. Earlier this year, she revealed on Instagram that she took a small step in improving her mental health that made a huge impact on her well being: she cut back her time on social media.

“I don’t go on social media that much cause it’s not good for me, and I don’t know how to not be affected by what people say on here so I just don’t read it”

Instead, Camila went on to say that she’s adopted a form of meditation instead of spending all of her time on Instagram or Twitter.

I super recommend taking five minutes out of your day to just breathe. I’ve been doing this lately and it’s helped me so much, I didn’t understand meditation before, or the concept of just noticing your breath, but I’ve been doing it the past few months and I can feel the quality of my life improving.

But still, there’s no perfect way to deal with her anxiety, and she’s open about her struggles with her fans.

In fact, back in September, Camila stopped a performance to have an emotional conversation with her audience about mental health and the importance of taking care of yourself. She broke down.

Sidebar… we absolutely LOVE that Camila is that vulnerable with us, cause truth be told, we’ve all been there.

And being open about issues she cares about is important to the “Senorita” singer, which is why she’s also outspoken about immigration, another topic she touched on in the Time Next 100 interview.

Camila takes just about every chance she gets to be an advocate for immigrants, whether that be at glamorous award shows…

Or even talking directly to young voters…

Yeah… it’s no wonder this amazing 22 year old made Time’s Next 100 list. This girl is a born leader!

And she’s getting ready to influence the world even more with her second album. Get excited because just today, Camila announced the official drop date for “Romance,” December 6th. On instagram she wrote:

“I just wanted this album to sound like what falling in love feels like, pretty impossible thing to do but I can say I gave it all I had. I’ve never lived as much life as I did writing this album. It was messy, and beautiful, unforgettable and at times so painful I wish I could forget, it was excruciatingly consuming and impossible not to get lost in, it was mine… and now it’s yours”

This was quite the busy day for our girl! Time magazine cover AND announcing the new album! But don’t lie…. You know you’re stoked!

And I’m sure you caught the “falling in love” part of Camila’s announcement… Luckily, we don’t have to wait too long to dissect every single song looking for clues about the singer’s relationship with Shawn Mendes.

Along with the album news, Camila revealed she’ll be heading out on the road starting in July of 2020 in Vancouver and she’ll criss cross the United States til the end of September, ending in what can only be described as the most fitting place for a finale, Miami.

How cool is it that Camila landed on Time’s Next 100 list! Do you think she’s truly a leader in the entertainment industry! Tell us your thoughts!

And don’t forget to subscribe to Clevver News for all the latest on what’s happening with Camila, and of course, with her and Shawn Mendes. We’ve got you covered!