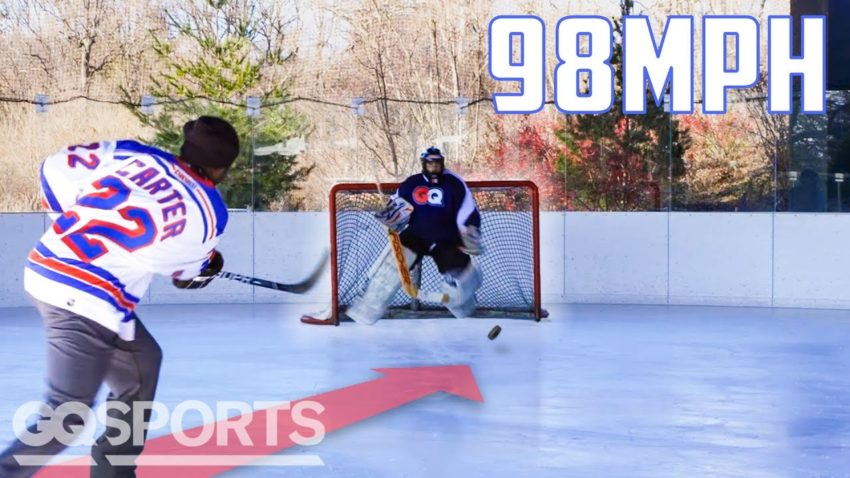 In episode 1 of Above Average Joe, GQ writer Clay Skipper tries to answer the question: is it really that hard to stop a pro-grade slap shot? But first, he has to learn how to ice skate…and put on his gear…and not flop around like a fool. Join Clay as he takes in this challenge with help from a doctor, skating and hockey coaches, Stanley Cup champion Chico Resch, former NHL player Anson Carter and even Olympic figure skater Adam Rippon.