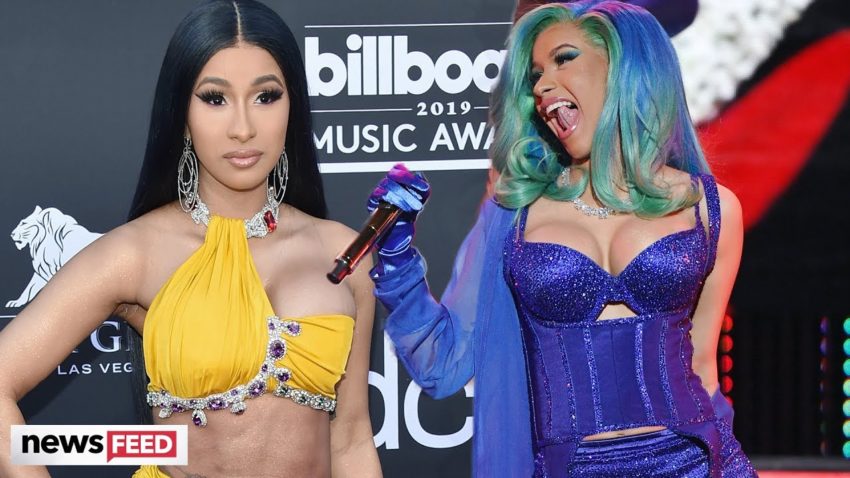 Cardi B just revealed how she got that snatched post-baby body back so quickly. And let’s just say, it wasn’t only in the gym.

We all know Cardi keeps it real, and that’s why we love her.

But she got to a whole new level of candid with her audience at a music festival in Memphis, Tennesee.

Cardi admitted her recent weight loss wasn’t just thanks to her rigorous dance and concert routine. She owned up to getting liposuction.

[Oh so these rock hard abs, didn’t just magically come back after having a baby? Who knew?!]

A few songs into her set, Cardi B said that she shouldn’t really be on stage.

She said quote, “I have some news for y’all. I should have canceled today. I shouldn’t really be performing because moving too much is gonna f— up my lipo. But bitch I’m still gonna get my motherf—ing money back, let’s go!”

Fans cheered Cardi on as she kept performing after her confession.

This announcement comes just a few days after we saw her rock that two-piece set at the 2019 Billboard Music Awards.

And her abs basically shut down the BBMA’s carpet. I mean look at that six pack.

But this under-the-knife confession shouldn’t come as a huge surprise because just last week Cardi revealed that she’s also had her breast augmentation redone since having baby Kulture.

It looks like Cardi is no stranger to getting work done.

Even one month after having a baby, Cardi flirted with the idea of getting liposuction on an Instagram Live.

She said quote, “I still feel like I got a lot of love handles right here. It’s not much but it’s like — I’m used to having, like, a real tight stomach … I might just get a little lipo, you know what I’m sayin’?”

And let me just go on the record and say, we appreciate your continued honesty, Cardi.

Alright now we want to know what you think. Are you here for Cardi’s confession? What do you think of celebs getting plastic surgery after having a baby?