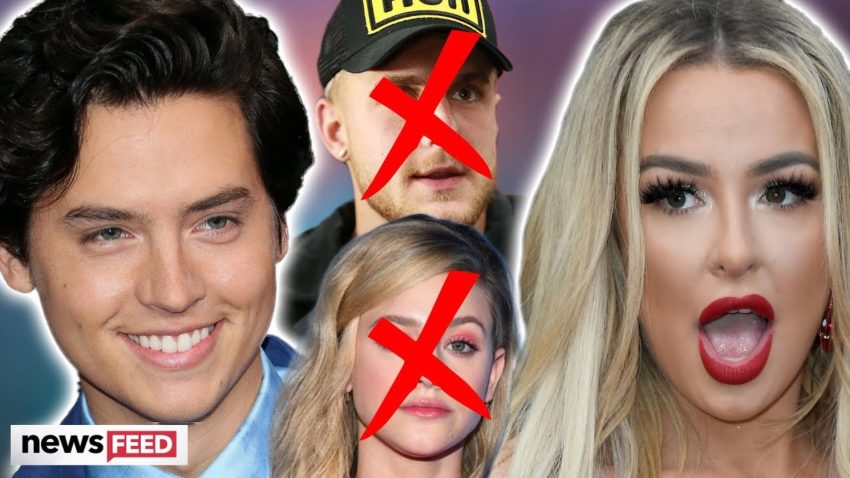 The People’s Choice Awards was full of fun and surprises, but there were some significant faces missing from the night. The faces of significant others to be exact. Some of our fav celebs were missing their other halves and we obviously took notice.

What’s up? It’s Dani Golub here with Clevver News and our favorite part of any red carpet is the cute couple moments, and while we loved the E! People’s Choice Awards carpet, unfortunately we didn’t have many couple moments.

A lot of our favorite celeb couples had one member representing, but their other half wasn’t in attendance for the award show and of course I have to ask… why?!

So we are here to break down why these celebs showed up solo.

Starting with Cole Sprouse who came home a winner tonight.

But he walked the red carpet without his girlfriend and Riverdale co-star Lili Reinhart.

But we know these two are going STRONG because Lili posted these pics of them kissing and cuddling on her IG last night. Don’t @ me Bughead stans.

And if we had to guess why Lili wasn’t there, we think may be she was still out shooting whatever she teased for Charlie’s Angels.

Lili posted with Hailee Steinfeld, Aly Raisman, and Naomi Scott revealing that they will be making a cameo in the movie that comes out later this week.

Alright next up on celebs going solo was Tana Mongeau who attended the PCA’s without her man Jake Paul.

We all know that these two got quote un quote married in July, but Tana has walked multiple red carpets alone since getting together with Jake.

I love an independent woman.

And we’re not 100% sure that these two are still together and/or actually married. Jury is still out on that one.

And if we had to guess why Jake wasn’t in attendance, it was likely because his brother Logan Paul had his big fight against KSI last night.

And I’m SURE Jake was partying out late into the night, even though Logan did lose.

So maybe next time we’ll get a Jana red carpet moment, but probably not.

Next up on our round up of celebs who showed up without their other half is Bretman Rock, who we all know has a secret boyfriend.

This week we learned the heartbreaking news that Bretman lost his dad.

Earlier this week Bretman’s sister Princess wrote quote, “Papa, You’re in a better place now with God… 👼🏼Thankful For the siblings that you have blessed me with. It breaks my heart you’re so far away but we will all be together soon again. Papa, You will always be forever in my heart. May you rest in love & peace… I love you 🦋”

So we thought that maybe Bretman would want the support on a red carpet like this.

Maybe this would be the moment that he finally made his private relationship public, but I guess not.

We were just excited to see that Bretman was there and seemed to be in good spirits.

And we are still trying to guess who his lucky guy is.

But Bretman isn’t the only one who is being low key about his relationship.

Zendaya and Jacob Elordi are teasing us with this whole “are they/aren’t they” thing.

Zendaya showed up to the carpet without her Euphoria co-star and while we still aren’t sure whether or not they are dating, more and more signs are pointing towards yes.

They were spotted in Greece together, on a movie date together, and are flirting back and forth on IG.

So we thought maybe just MAYBE they would walk the red carpet together tonight and shock us all.

But there’s still nothing to see there. But Z and J, we see you and we are on high alert.

Were you surprised that these celebs showed up solo to the PCA’s? Were any other of your favorite celebs missing their other half?

After that, be sure to hit that subscribe button and click that bell so you don’t miss any of our new stories. Then click right over here for more entertainment news. Thanks for hanging out with me here on Clevver News, I’m Dani Golub and have a great day.