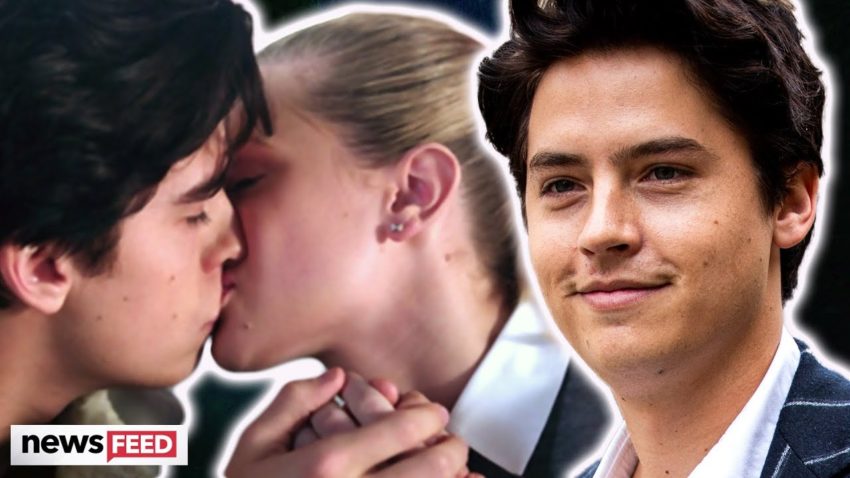 There comes a time in all young actors lives where they have to decide what they want to do with their careers longterm. Do they want to be respected and win Oscars? Do they want to become a comedy legend? It seems like the possibilities are endless in the bright futures that belong to young Hollywood. But sometimes, all they want is to kiss their significant other and get paid. What’s up guys, it’s Sussan Mourad here with Clevver News and that seems to be the case with Cole Sprouse and Lili Reinhart, AKA Bughead.I’m sure you know them from their CW show “Riverdale”, as well as their tireless efforts to troll the media for talking about them and their relationship.Remember that haunting W Magazine cover from last month?Well, they are obviously pretty private about their relationship. They’re like the antithesis to Shawn and Camila.Like, Cole and Lili have been a couple for over 2 years now.And they have maybe like, what, 3 photos total of them kissing? They don’t even always sit next to each other in group photos.
And that’s fine! Celebrity PDA can be kind of cringey. Especially when they’re shoving it down your throat …figuratively speaking of course.But nevertheless, Cole and Lili have gotten quite the reputation for dragging media outlets who report on their relationship.But on screen they seem to be much less shy about their PDA. It’s like they put on the beanie and the wool sweater, and all their inhibitions are gone.In fact, Cole recently went on Live! With Kelly and Ryan to talk about this brand new season of Riverdale.

Fans of Riverdale will know that Kelly made an appearance in the last season of Riverdale as Hiram Lodge’s mistress, who is played by Kelly Ripa’s real life hubby, Mark Consuelos. So Kelly, probably fully already knowing, asked Cole what they can expect from Betty and Jughead this season.They have garnered such a huge following of Bughead fans over the past few seasons that they’ve been together. So why stop now? Especially when their IRL relationship is going so well too. In fact, he told Kelly and Ryan that the producers are now “contractually obligated” to make sure that he and Lili have as many kissing scenes as possible for the show to make sense. Not that the show really makes sense to begin with, but okay! Cole said that he’s gone so far that it has officially been written into his contract!Okay, okay, so he was totally joking about the whole thing, of course.But he did give a pretty earnest answer when they asked him what it’s like to have to kiss his actual girlfriend on camera and in front of the entire crew.And like, yeah, I agree! Of course it’s fine. It’s just a kiss.They really should have asked about what it’s like to have to film some of those sexy time scenes in front of the cameras and the crew.Or what it’s like to film some of those scenes where dark Betty comes out and she starts stripping to Mad World or the Hokey Pokey. Oh, or how about all the times that they broke up and started kissing and sexy timing other people?I mean, Cole and KJ Apa are pretty good friends on and off the show. And I know it’s acting and it’s all for the camera, but that’s still got to be a little weird! But I guess nothing gets in the way of true love.

Lili even brought Cole home to meet the parents. That’s how you know that they’re serious.She got photos of him with her dad as well as her SUPER cute dog. They went to Lili’s home for Thanksgiving last year, so maybe with Thanksgiving coming up in just a few weeks from now, we’ll be getting more rare kissing photos of the in real life coupleBut I want to hear from you guys! Are you hoping for even more Betty/Jughead PDA from this season of Riverdale? And do you love getting a glimpse into their private relationship off the cameras? Let me know your thoughts in the comment section below.

And then make sure you subscribe to Clevver News by hitting that button down below. We’ll be giving you more info about all of our favorite celeb couples, as well as anything about Lili and Cole! I’m Sussan Mourad and I’ll see you later!