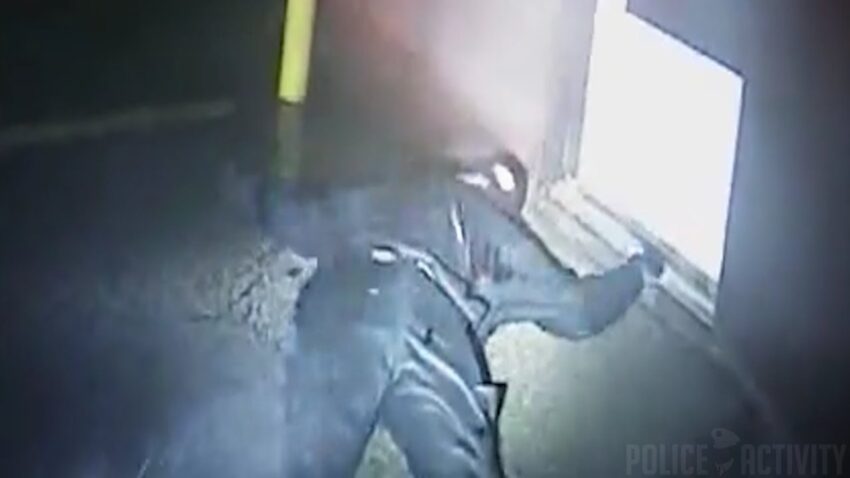 ** (Disclaimer: Video posted strictly for educational and information purposes only) **
Two Louisville Metro Police officers are on administrative leave after they shot and killed a man Sunday night. The officers were responding to a report of an alleged robbery at an industrial park in Okolona, according to Maj. Frank Hardison, commander of the police department’s special investigations unit. Hardison and Police Chief Steve Conrad addressed reporters about the shooting Monday night. Hardison said officers approached a building where the suspect was believed to be and fired their weapons when “the suspect came out of the door armed with handgun.” The officers are both assigned to the department’s 7th Division, according to Conrad. Officer John Dillon is a two-year veteran of the force. Officer Nick Ulery joined the police force in February 2016. The officers have received various commendations for participating in community events and responding to accidents, among others, according to a review of their personnel files. Dillon received a reprimand for being at fault in a vehicle collison, according to his file. Hardison said the officers found a person alive inside the building who “had been bound and duct-taped” with “what appeared to be pistol-whip injuries.” The department’s Public Integrity Unit is investigating the shooting.