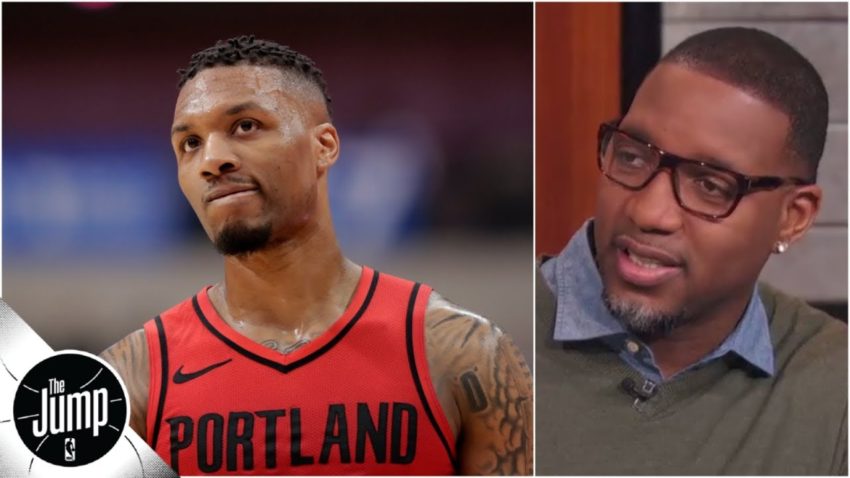 Rachel Nichols, Kevin Arnovitz and Tracy McGrady of The Jump react to comments made by Portland Trail Blazers guard Damian Lillard on the Chris Haynes podcast in which he said he didn’t want to “sell myself out” — something that could be interpreted as a shot at Golden State Warriors star Kevin Durant. They then discuss whether Dame is too loyal to the Blazers, and whether the team has a legit shot at reaching an NBA Finals with CJ McCollum, Jusuf Nurkic and potentially (T-Mac’s suggestion) Carmelo Anthony. Afterward (3:48), they discuss Washington Wizards guard Bradley Beal’s own talk about superteams and whether he can recruit players to D.C., or if he could be traded to the Los Angeles Lakers to play alongside LeBron James.