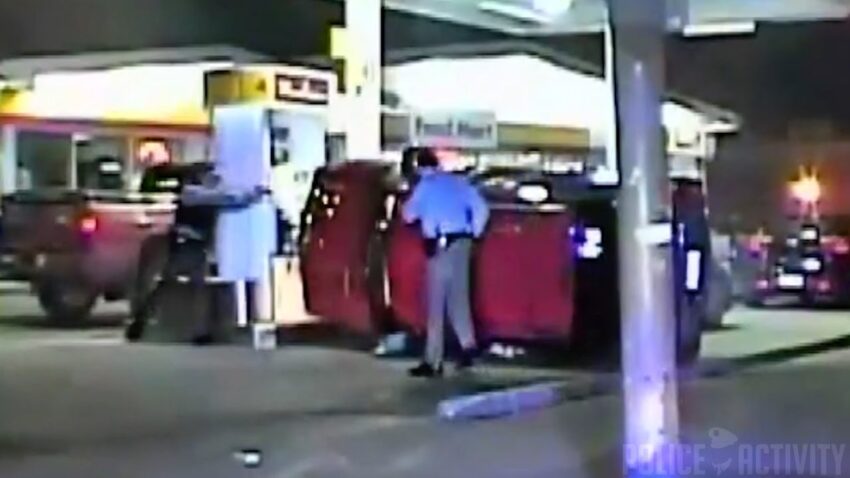 ** (Disclaimer: This video content is intended for educational and informational purposes only) **
A state highway patrol chase ended in a crash Saturday night at a Cleveland gas station. The pursuit began about 10:30 p.m. after a trooper attempted a traffic stop on Interstate 90 westbound on Sunday, the patrol said. A Chevy Blazer was driving 80 mph in a 60 mph zone, and the driver of the Blazer pulled off into the right berm when he was stopped. As the trooper walked toward the Blazer, the driver took off. The trooper then initiated the pursuit. The chase continued after the Blazer exited the highway at East 55th Street, the patrol said. It ended when the Blazer’s driver tried to turn right onto St. Clair Avenue from East 55th Street but turned too far and flipped the truck. The truck struck a car that was sitting at a gas pump. No gas pumps at the station were hit, the patrol said.

The chase lasted about five minutes, the patrol said. All three of the Blazer’s passengers suffered minor injuries, the patrol said. The male driver had a felony warrant and was taken into custody. He is facing OVI and fleeing charges in connection with the chase. One female passenger was also arrested on a felony warrant, and she also faces a possession of drug paraphernalia charge, the patrol said. A second female passenger was uninjured and not arrested. The Cleveland police accident investigation unit assisted the state highway patrol at the crash scene, Cleveland police spokeswoman Sgt. Jennifer Ciaccia said.