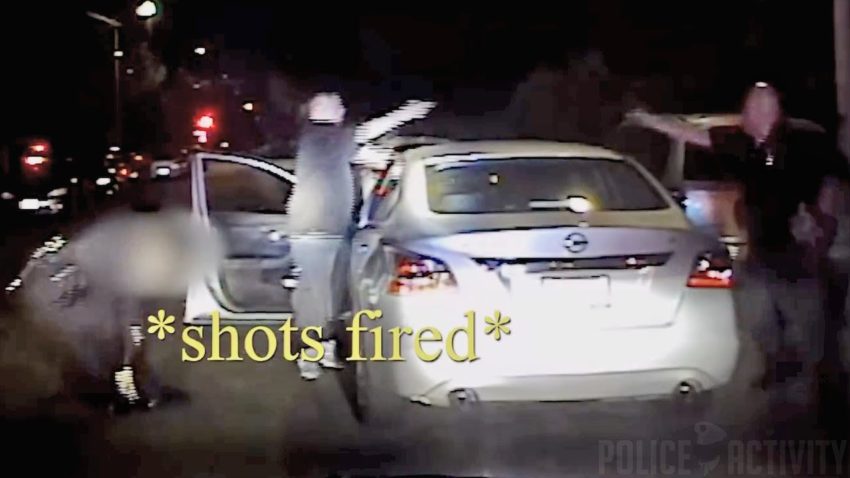 ** (Disclaimer: This video content is intended for educational and informational purposes only) **
Los Angeles, California — On July 27, 2018, around 10:15 p.m., uniformed officers assigned to Mission Patrol Division conducted an investigative vehicle stop in the 9000 block of Noble Avenue. The subject of the stop was later identified as Richard Mendoza. The officers approached Mendoza, who was the driver and sole occupant of his vehicle. Upon making contact, the officers verbally confirmed Mendoza was still on Federal Probation and requested he step out of the vehicle. When he did so, Mendoza produced a semiautomatic pistol and, without warning, began firing rounds at the officers, resulting in an Officer Involved Shooting. One officer was struck by one of the rounds fired by Mendoza. She received medical care at scene by Los Angeles Fire Department (LAFD) personnel and was transported to a local hospital where she was treated for a non-life threatening gunshot wound and is listed in stable condition.

Mendoza was struck by gunfire. LAFD Rescue Ambulance transported Mendoza to a local hospital where he was treated for wounds and later pronounced dead. Officers located and recovered a .380 caliber semiautomatic pistol from the scene. Police have not released other details about why Mendoza was stopped, only saying he’s a documented gang member with prior convictions for narcotics sales and possession of a firearm by a felon. Over the next several months, LAPD will continue to investigate the use of force in the incident. Findings will be presented to the Board of Police Commissioners while representatives with the Los Angeles County District Attorney’s Office and Office of the Inspector General will also monitor the investigation.

No other details were released by LAPD.